Hakkinen: Mercedes will not keep winning so easily 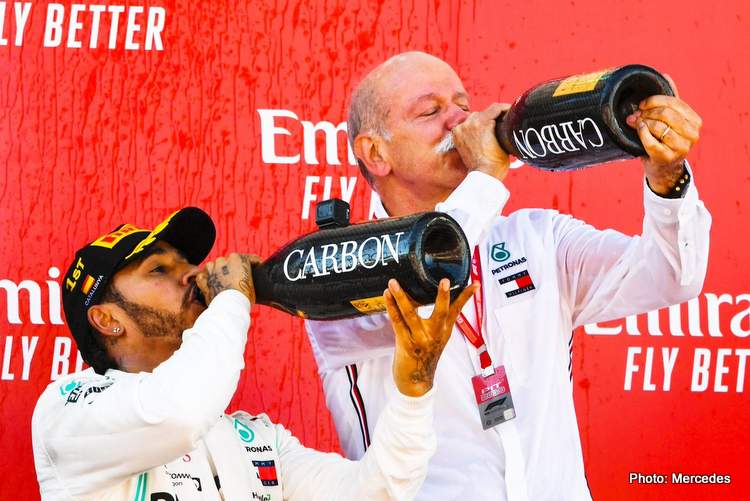 Double Formula 1 World Champion Mika Hakkinen reviews the 2019 Spanish Grand Prix weekend, one in which the mighty Mercedes dominated by a comfortable margin in both qualifying and the race, scoring an unprecedented five one-two finishes in as many races.

This what Hakkinen had to say in his post-Barcelona column for Unibet:

“With Lewis Hamilton winning the Spanish Grand Prix ahead of teammate Valtteri Bottas, this was Mercedes’ fifth 1-2 finish of the 2019 season. No team has achieved this before, and the level of dominance is worrying for the competition as well as for fans of the sport.

“In pre-season testing in Barcelona, it was Ferrari which set the pace and Mercedes seemed to struggle, yet at last weekend’s Spanish Grand Prix everything was reversed. Mercedes was in a class of its own, dominating both qualifying and the race, while Ferrari had a difficult weekend and was beaten in the race by Red Bull Racing.

“We have seen a dominant start to the season before. Back in 2009 Jenson Button won six of the first seven Grands Prix for Brawn. Their car had a specific technical advantage and they made the most of it. Even though Button did not win another race that season, he still won the World Championship! This is the team which Mercedes then purchased…

“Barcelona is a very specific circuit. It requires a car with good downforce, traction and turn-in to corners. This is one of the reasons the circuit is used for testing – it has everything. Mercedes and Ferrari both brought upgrades, but only Mercedes really took a big step forward.

“It was fantastic to see Valtteri score his third consecutive pole position on Saturday, driving a perfect lap and getting the most out of his car. He has built so much confidence in the Mercedes, and when you watched the onboard camera in his car during that pole position lap you could see he knew exactly how hard he could push.

“Races are won on a Sunday, however, and when Valtteri had a small clutch problem at the start he was challenged both by Lewis Hamilton and the Ferrari of Sebastian Vettel into Turn 1. This was a tense moment because Sebastian was really pushing for the overtake around the outside, and Lewis was on the inside, meaning that Valtteri had to back off and then suffer a big slide which he did well to catch.

“Unfortunately, by the exit of Turn 3 the race was settled, with Lewis running first and Valtteri dropping back in second as he defended from the Ferraris and Max Verstappen’s Red Bull. The level of Mercedes’ performance was very impressive, and they ran a perfect race.

“Verstappen has matured as a driver over the last year, and it looked like he really got the best he could from the Red Bull in taking third place. He is now third in the World Championship for Drivers, ahead of Vettel, and that tells you a lot about Verstappen’s consistency this year, as well as Ferrari’s continued difficulties.

“Naturally, there is a lot of comment that Mercedes is never going to be beaten this year, and I understand why. They have the best car, very talented teammates who are pushing each other to new levels without fighting each other, and good management who make the right strategy calls during the race. It is the perfect combination.

“Ferrari once again had some confusion during the race, with both Vettel and teammate Charles Leclerc holding each other up as the team switched between strategies. At one point the two drivers were informed of different strategies, which added to feeling that the Ferrari has some human as well as technical challenges to overcome.

“Despite all of this I am optimistic that Mercedes will not keep winning so easily. The next race is Monaco, which is very different from Barcelona – a truly unique track. Red Bull won there last season, and Ferrari in 2017, and we know that both teams are looking forward to this race.

“Verstappen is a man on a mission, determined to be the first person to beat Mercedes this year, and I think the Red Bull Honda will be very quick around Monaco.

“Leclerc is another one who will challenge Mercedes around the streets of Monte Carlo. This is his home race, and while he has been very quick all season there have been a few small mistakes and problems which have stopped him from taking an early victory. He will be determined the bring Ferrari back up to the front of the grid.

And then we have Sebastian Vettel. He is a four times World Champion, has won in Monaco twice before, and remains an outstanding competitor. He has faced some criticism in recent months, but I personally believe he has the ability to deliver victories for Ferrari in 2019 and re-establish a championship challenge. There is still a long way to go.”