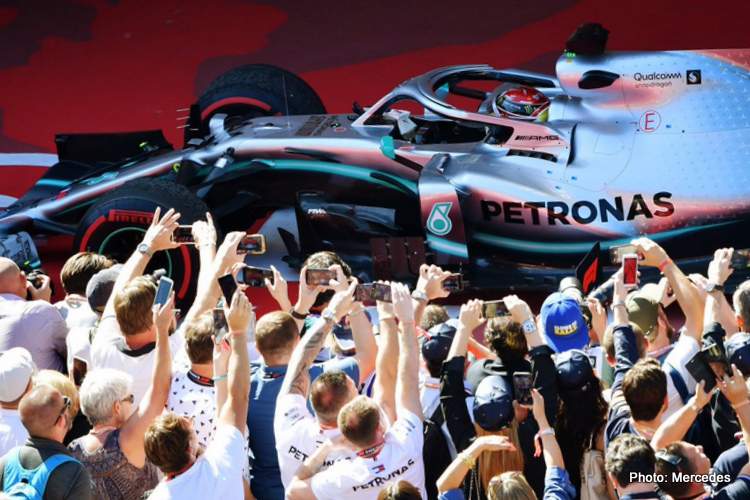 A week that saw Mercedes reach new heights and Ferrari new lows, the return of the Dutch Grand Prix, and a new development in the ongoing drama at Williams, the F1 world certainly isn’t short of things to talk about.

Spanish Grand Prix Aftermath: With a fifth consecutive 1-2 for Mercedes, the big question of the 2019 season has officially moved from “when will the field catch up?” to “when will the dominance end?”, and it certainly doesn’t look like anytime soon. Certainly it doesn’t look good when Ferrari team principal Mattia Binotto seems uncertain as to the problem himself.

As Balazs Szabo of F1technical.net noted in his fantastic deep-dive into the Scuderia’s weekend in Barcelona, the SF90 lost time in 14 of the 16 corners at the Circuit de Catalunya, including three tenths at just Turn 10, and that speaks to a car that relies far too heavily on straight-line power.

It seems their front-wing concept – which was so widely hailed in pre-season – doesn’t give them the same level of stability, particularly on corner-exit, and based on the remarks from Binotto, we can infer it’s not an easy fix.

The return of Zandvoort: First there was Tulip fever, now there’s Verstappen mania in the Netherlands, and with it the return of the Dutch Grand Prix in 2020 after a 35-year break. Guaranteed to be well-attended, the move would’ve been a fairly straightforward one for Liberty Media, yet doesn’t make it a home run… at least not yet.

Like the Barcelona track it is probably replacing, Zandvoort isn’t a circuit that lends itself to passing, while for those attending, Dutch Railways have already voiced concerns the existing infrastructure won’t be able to support the crowds. Of course, they’ve got roughly twelve months to get their act together, but as we saw with the return of the French GP at Paul Ricard in 2018, it’s no certainty they will.

Woes Deepen for Kubica: Sitting plum last in the standings, the battle between Robert Kubica and George Russell isn’t exactly one that dominates headlines, but that doesn’t make it any less fascinating. In short, Russell has absolutely dominated his race-winning teammate, and things took another twist in Barcelona when Kubica’s complaints about his chassis led to the two switching cars, with Russell still considerably faster in the Pole’s equipment.

Considering what he once meant to F1, and what he’s gone through to get back, it’s a particular shame to say it of Kubica, but he just doesn’t look like he belongs on the grid. Maybe he needs more time to adapt his driving style to the current formula, or maybe the FW42 is just that much of a disaster that he can’t, but the fact remains he’s getting thrashed by his far less experienced teammate. Here’s hoping he can turn it around, but if the rumours about Nicholas Latifi are correct, he might not have much longer to do so…

Rich Energy Loses Logo Suit: In what might be the least surprising news of the week, Haas’ title sponsors Rich Energy have lost their battle with Whyte Bikes over the use of their “stag” logo in the British High Court. Essentially accused of lying by the judge, I can’t imagine Haas are too happy to be doing business with Rich’s founder William Storey right now, and it will be interesting to see if the company has new branding in time for Monaco.

On the bright side for Storey, the judge’s ruling that Whyte is entitled to “damages or an account of Rich Energy’s profits” won’t matter much, because with as hard as his product to find, there probably aren’t any.