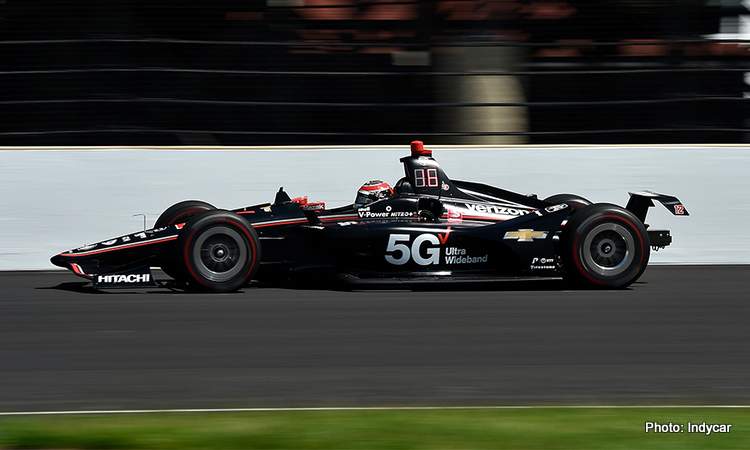 Team Penske driver Will Power picked up where he left off a year ago from his life-altering Indianapolis 500 presented by Gainbridge win by leading opening practice on Tuesday for the 103rd running of “The Greatest Spectacle in Racing.”

Power turned a best lap of 229.745 mph to take honors on the first of four practice days ahead of qualifications to set the 33-car field. All 36 entered drivers were on track and completed a total of 3,003 laps on the 2.5-mile Indianapolis Motor Speedway oval.

A year ago, Power delivered team owner Roger Penske his record 17th Indianapolis 500 victory. The 2014 NTT IndyCar Series champion was pleased to start his repeat bid well, but knows that most of Tuesday’s speeds weren’t representative because they came with the aid of aerodynamic tows from leading cars.

“All the big speeds came from big tows,” Power said. “It’s kind of hard to judge the true speeds of cars right now by themselves,” he added. “You don’t know what aero configuration people are running, whether they’re doing qualifying sims or they’re in race trim. We don’t know where we stack up, honestly, as far as true speed.”

Big drawcard Fernando Alonso, driving the McLaren entry, managed 50 laps but lost time with electrical issues which resulted in replacing the wiring loom on the car in time for today’s  [Wednesday] running. The problem also afflicted his first test in the orange car in April.

Power, in the #12 Verizon 5G Team Penske Chevrolet, led a charge of four Chevrolet-powered Dallaras atop the speed chart, three from Team Penske. Simon Pagenaud, fresh off a triumph Saturday in the Indycar Grand Prix on the IMS road course, was second fastest at 229.703 mph in the #22 Menards Team Penske Chevrolet and three-time Indy 500 winner Helio Castroneves fourth in the #3 Pennzoil Team Penske Chevy (228.441 mph).

Ed Carpenter, the team owner/driver and pole winner in 2018, was third on the speed chart at 228.653 mph in the #20 Preferred Freezer Services Chevrolet. Ed Jones, Carpenter’s teammate in the #63 Ed Carpenter Racing Scuderia Corsa Chevy, clocked the fastest lap without the aid of a tow, 224.542 mph.

“There is always more you can get done, but today was a really good start,” Carpenter said. “The baseline setup was good and we were able to work through everything that we wanted to try today. Not only on my car, but the other two as well.

“All things considered, where we are starting Day 1, speed-wise and race setup-wise, we are in a decent place.”

“I think today we were more towards trying to figure out the race car, and that’s how I want to kind of go,” said Herta, who became the youngest race winner in Indy car history in March at Circuit of The Americas. “I think we have a good qualifying car already; we were kind of fast on our own. I was really struggling in traffic, though, and that’s when it’s going to count, in the race.”

Two midday hours were set aside for rookie orientation and non-regular veteran refreshers. Patricio O’Ward endured mechanical problems in the #31 Carlin Chevrolet and did not complete his rookie program, but will be permitted track time Wednesday morning to do so.

Practice continues Wednesday through Friday, from 11:00 to 18:00 ET each day. Saturday’s first day of qualifying decides the first 30 spots in the field.

The second qualifying day on Sunday, broadcast live from noon-3 p.m. on NBC, features the Last Row Shootout to establish the final three grid spots, followed by the Fast Nine Shootout to determine the pole sitter and starting order of the first three rows of three.