Verstappen: I want to win but that is not achievable now 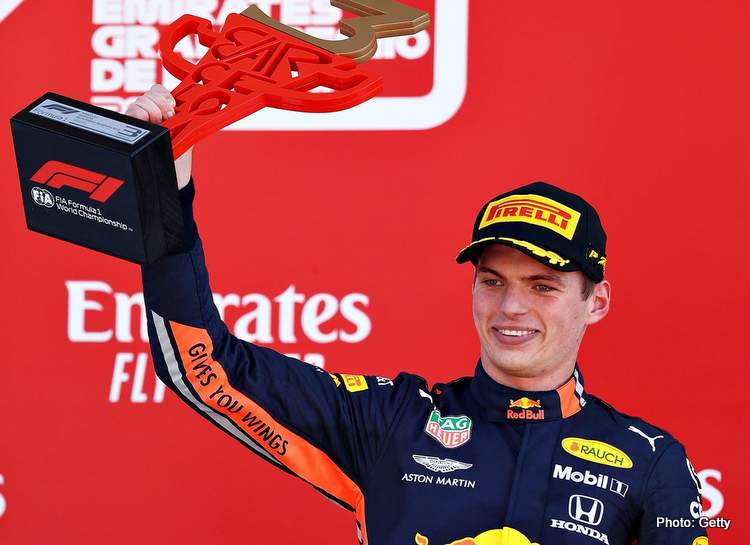 Although Max Verstappen acknowledges that Red Bull with Honda power has improved greatly this season but at the same time he is under no illusions that victories are coming any time soon as the might of Mercedes remains the benchmark.

After finishing third in the Spanish Grand Prix, Verstappen told his website, “Qualifying was quite good, we were close behind Ferrari. Mercedes was way too quick, but generally, we could be quite satisfied.”

“Of course, personally I always want to win and finish first, but that is not achievable now. In the end, we were on the podium after the race, so that is fine.”

Verstappen also reflected on the race in Barcelona, “The start was quite good. In front of me three cars went together into the turn. I thought: let’s wait and see what happens.”

“After that I was stuck for a little while, but I ended up in a good position out of the corner and could take the outside of turn three.”

“Sebastian Vettel found himself in the dirty air of Valtteri Bottas and lost a lot of downforce. I passed both cars on the outside, so I was able to take my own line. Because of this I ended up on the podium.”

Monaco is expected to level the playing field somewhat and is a venue where the Red Bulls can strut their stuff but, at the same time, Mercedes have the best package at the moment and are likely to carry this momentum over to the Principality despite the tricky nature of the glam street track.

While Verstappen laments his lack of firepower to take on the Mercedes juggernaut, he might spare a thought for his former teammate Daniel Ricciardo who is nowhere and far worse off with Renault.