Ilott unscathed after 200kph crash in his first F1 test 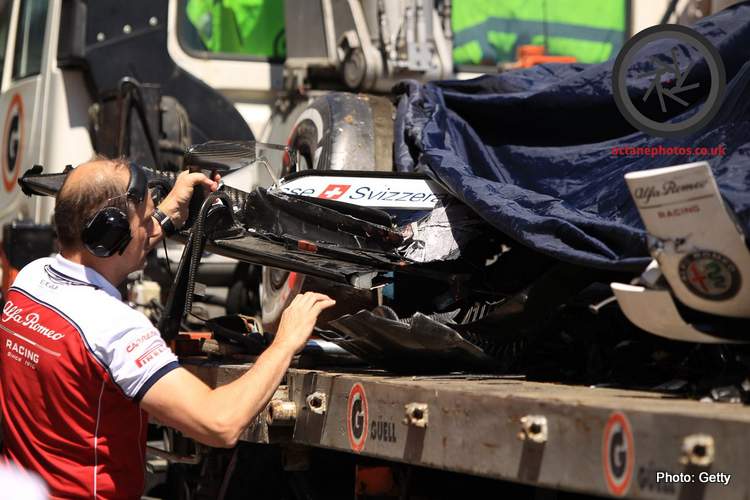 Callum Ilott walked away unscathed from a 200kph crash in his maiden Formula 1 test outing on Tuesday at Circuit de Catalunya.

The 20-year-old, who is a member of the Ferrari driver academy, ran off the track at the high-speed third bend in Barcelona, before crashing into the barriers.

Ilott sustained extensive damage to the front of his Alfa Romeo and took no further part in the running.

“After the big crash in Turn 3, the most important thing is Callum Ilott is fine and injury-free,” said Alfa Romeo on Twitter.

The Briton had recorded 41 laps before the incident, which happened shortly after the lunch break.

Prior to his crash at one of the fastest sections of the Circuit de Catalunya, Ilott posted to Twitter: “First F1 miles on the clock and a morning full of positives.”

The young driver is currently competing in Formula 2, the feeder series to Formula 1. He scored his first podium in Spain on Sunday for finishing third.

After the big crash happened in turn 3, the most important thing is @callum_ilott is fine and injury free 👍🏻 #F1Testing pic.twitter.com/Va41deDXgG