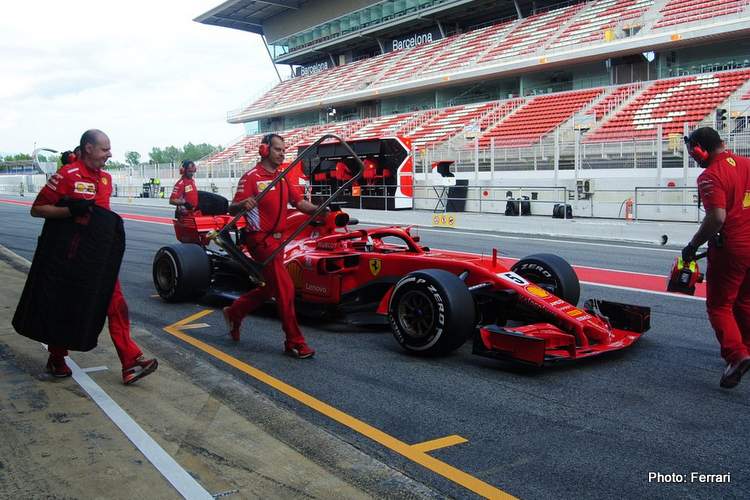 Formula 1 teams remain in their garages for this week’s two-day testing at the Spanish Grand Prix venue ahead of the Monaco Grand Prix weekend in ten days time.

On Tuesday and Wednesday, twelve cars will be out on track in Barcelona, ​​with Ferrari and Racing Point providing Pirelli also providing ‘mule’ cars for the tyre company’s testing programme.

These cars are precluded from running updates or mods while data and tyre info is restricted to Pirelli engineers. Nevertheless, they are important enough for Ferrari and Racing Point to allocate their regular drivers to the programme.

Several teams are running young drivers during the course of the two days while heavy hitters Lewis Hamilton, winner of the race on Sunday, Max Verstappen and Daniel Ricciardo are some of several current drivers sitting out the test.

Neither Williams driver will be on duty in their pitiful cars as Nicolas Latifi is down for two days in the FW42. The Canadian, who won the F2 race in Barcelona on Saturday, has tested for the team before.