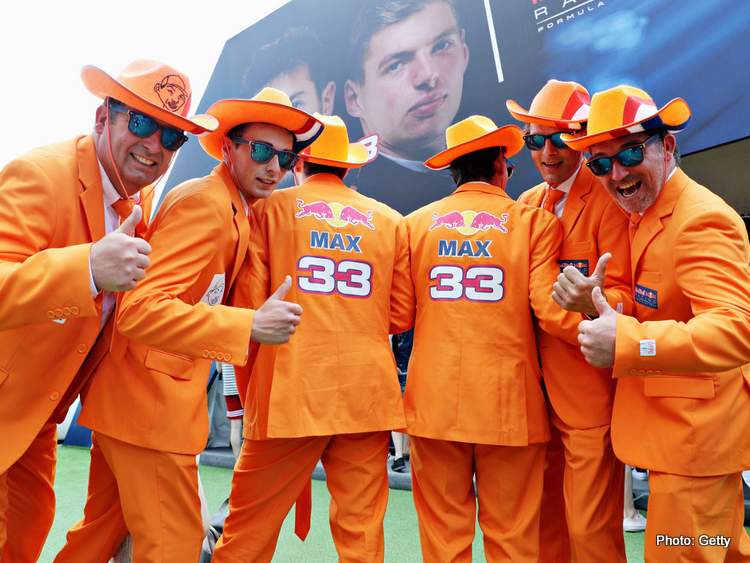 Formula 1 is set to make the most of Max Verstappen’s superstar popularity by announcing on Tuesday the return of the Dutch Grand Prix at Zandvoort next season after an absence of 35 years.

The deal was openly discussed at Sunday’s Spanish Grand Prix, and confirmed by multiple sources, with drivers and team bosses welcoming back an historic circuit.

“I don’t preview announcements. We’ll announce it when we announce it on Tuesday,” Formula One chairman Chase Carey told the BBC when asked to confirm the news.

Red Bull driver Verstappen, 21, is the most successful Dutch driver ever as well as Formula One’s youngest race winner and draws many thousands of orange-shirted fans to grands prix around Europe.

He is third overall in the championship after finishing third at the Circuit de Catalunya with plenty of supporters in attendance.

“I think a Dutch Grand Prix, with the popularity of Verstappen, is going to be immense. I think that’s positive for Formula One,” Red Bull boss Christian Horner told reporters.

Zandvoort last hosted a grand prix in 1985 after making its first appearance on the calendar in 1952.

The race deal is the second, after Vietnam, negotiated by U.S.-based Liberty Media since taking over the sport in 2017 and ousting former commercial supremo Bernie Ecclestone.

The French Grand Prix at the southern Le Castellet circuit returned in 2018 after a 10-year absence but that deal was done by Ecclestone. Vietnam is due to make its debut next year with a street race in Hanoi.

Zandvoort, on the North Sea coast, looks likely to have an early May slot when the 2020 calendar is published later in the year and could replace Spain as the start of the traditional European season.

“It´s a really narrow track. I´ve been there only once but it´s really challenging on the driving side. So, I think to put some F1 cars there will be pretty cool and exciting,” said Verstappen’s French teammate Pierre Gasly.

“I just truly hope we don´t get rid of the gravel runoffs in the two high-speed corners because that´s what makes the circuit so daunting and so incredible to drive,” said the Briton, last year’s Formula Two champion.

The future of Spain’s race remains uncertain, with the Circuit de Catalunya out of contract at the end of this year.