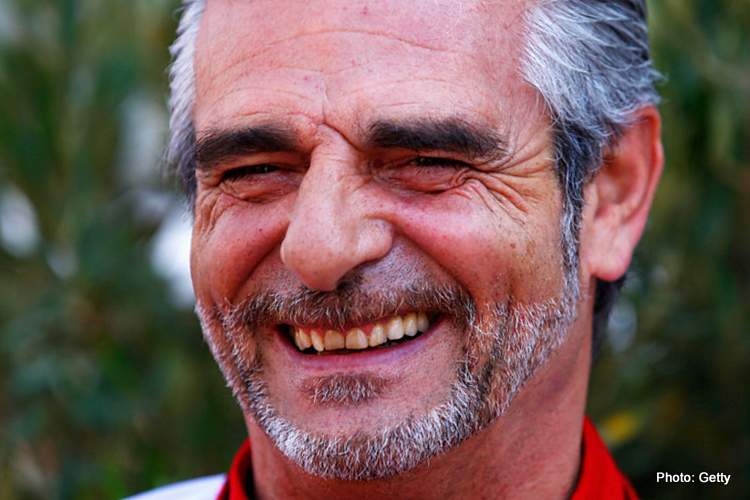 Ferrari CEO Louis Camilleri has full faith in Mattia Binotto to turn around a crisis that has struck the team this season, exacerbated by another poor showing, this time at the Spanish Grand Prix where neither Sebastian Vettel nor Charles Leclerc made it on to the podium.

Instead, Vettel finished fourth with Leclerc behind him on an afternoon in which they were humbled, if not humiliated, by Mercedes and well beaten by Max Verstappen in the Red Bull.

Barcelona was meant to be a renaissance race for the Scuderia, a myriad of updates and memories of their testing “advantage” at the venue in winter was supposed to bode well for them.

But instead they were trounced, their gap to the World Champions even greater and Ferrari chief Mattia Binotto unsure what hit him as he tries to get comfortable in the hottest seat in sport, admitting that he is not sure why the SF90 is turning out to be a dud while their rivals concoct masterpiece after masterpiece.

Nevertheless, Camilleri has full faith in the engineer he and team president John Elkann appointed to the role of Ferrari team chief, in place of Maurizio Arrivabene, and that support remains sturdy according to the CEO, “Don’t panic. It’s my job to prevent it from spreading, so this is the moment to close ranks.”

“Binotto has all my support, I’m sure he will find a solution. We now have two days of important testing and we are confident that we can recover quickly. However, I don’t have a crystal ball, I can’t say when we will find a solution,” Camilleri told Gazzetta dello Sport.

Whatever the case, their star driver, Vettel has not won a race since Spa-Francorchamps last year. While Leclerc is proving to be a stone in the German’s shoe. The team also have a habit of blundering race strategies as they ponder when or not to dictate team orders to their drivers who clearly are reluctant to concede to one another.

Meanwhile, the near perfect Silver Arrows have racked up an unprecedented five one-twos in as many races, giving their drivers a huge advantage in the standings and they might as well start engraving ‘Mercedes’ on the constructors’ trophy already.