Binotto: Is it only downforce or is it more than that? 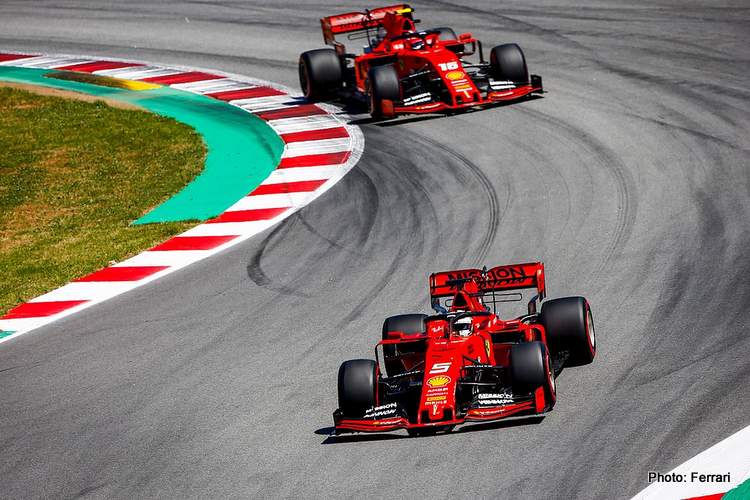 The new aero rules that kicked in for the 2019 Formula 1 season split teams in terms of the optimum concept to maximise the new, supposedly more restrictive, regulations, and although it appeared Ferrari had hit the jackpot during preseason testing, now five races into the season indications are they have hit a dead end.

At the Spanish Grand Prix neither Ferrari driver made it on the podium as Honda-powered Red Bull have upped the ante with their updated package and, not only threatened the Scuderia in Barcelona, beat them in the race.

With regards to the new rules, Ferrari opted to maximise the management of outwash air-flow to improve the efficiency of their package while Mercedes went for the high-downforce option.

The latter increasingly appears to be the correct path as the red cars were lacking in downforce through corners and, consequently, were slower than the pacesetters through all of them at Circuit de Catalunya this past weekend.

Binotto said as much when he spoke to reporters after a disappointing afternoon in Spain for his team, “We are losing a lot in each corner, not only in the last sector, it is each single corner we are slow with quite a lot of understeer. Is it only downforce or is it more than that? That is something that we really need to analyse and understand.”

“Any conclusion today will be a wrong conclusion. It will take some days to really have a proper analysis and try to understand: is it a matter of balance, is it a matter of downforce, is it maybe even car concept? I don’t know. I think we do not have the answer and I would like not to go through it.”

A switch to the downforce solution would mean an extensive redesign of the SF90 aero package, however this may be the only option to halt the total dominance by the Silver Arrows, fresh from recording their fifth consecutive one-two finish in as many races so far this season.

Binotto explained the ramifications of a switch in concept, “I don’t think it is a disaster by the time that you are improving as a team. And as I often say, we are a young team, we are learning on a learning phase.”

“I think that in terms of process and methodology there is still much to learn and I am pretty happy by the time the team is improving. If it is a concept design then it obviously depends what it is, but I think there are things that you may address within a season.”

Originally the outwash approach seemed to be the real deal, which spurred Mercedes to develop a similar package between tests in February.

However, the World Champions stuck to the high downforce route and have not stopped reaping the rewards as results show while the W10 is ripe and ready for development the SF90 appears to have hit a ceiling with what they can do to improve the car.

Ferrari have homework to do as time fast runs out on any hopes of challenging Mercedes in this year’s title ‘battle’ and, alarmingly, as they stand performance-wise they will struggle to beat Red Bull.

Big Question: What does Ferrari have to do to reverse the rot?