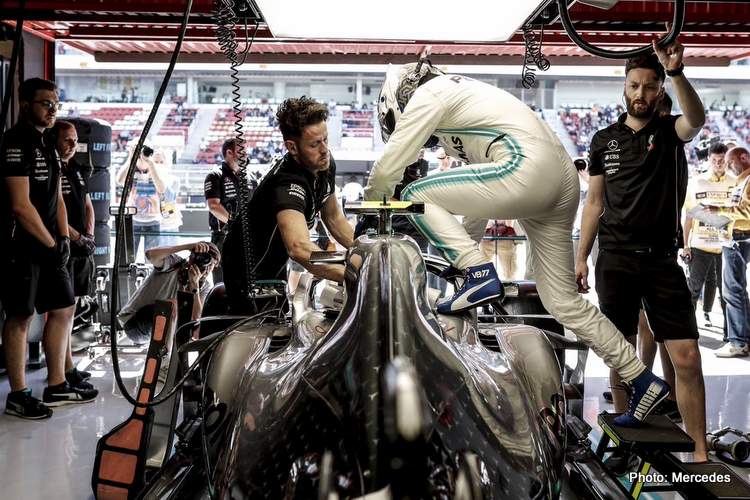 Mercedes driver Valtteri Bottas dominated day one of free practice for the Spanish Grand Prix, topping the timesheets in FP2 as he did earlier in the day at the end of FP1.

Bottas was a mere five-hundredth of a second faster than his teammate Lewis Hamilton as the Silver Arrows set a first-day marker which left their rivals trailing by three-tenths of a second.

This time last year Bottas also topped the timing screens at the end of the first day, his time almost a full second down on his effort today, proof of how the F1 new rules have made this generation car faster than their 2018 predecessor.

After a troubled FP1, Red Bull’s Max Verstappen was back at the sharp end, fifth fastest albeit a quarter of second down on the benchmark pace, with teammate Pierre Gasly a couple of tenths down on the sister car in seventh.

After rolling out their latest major update, Haas seem to have found the sweetspot with the latest spec chassis which Romain Grosjean used to good effect to split the Red Bulls on the timesheets, and was only eight tenths down on the fastest time of the day.

Teammate Kevin Magnussen, who ran the earlier spec car in FP1, was a couple of tenths shy of Grosjean in eighth suggesting that the American team are onto something special in their quest for Best of the Rest.

McLaren’s Carlos Sainz was ninth quickest, fastest of the four Renault powered cars and four tenths up on his rookie teammate Lando Norris whose best shot was good for 16th.

Daniil Kvyat rounded out the top ten in the Toro Rosso making it three Honda-powered cars in the top ten.

Ominously down the order were both Renault drivers, the team are either keeping their powder dry for Saturday or are in serious trouble with their latest package.

Nico Hulkenberg and Daniel Ricciardo ended the day 14th and 15th respectively – 1.5 seconds down on where they wish they were.

Also underperforming were Racing Point. Lance Stroll recovered from his late FP1 crash to finish the day 13th and 1.5 seconds off top spot, while Sergio Perez struggled all day and his best was only good for 18th.

For Williams, as expected, the crisis continues as their cars were again hopeless, with rookie George Russell three seconds off the top time, and Robert Kubica six tenths off that and stone last. 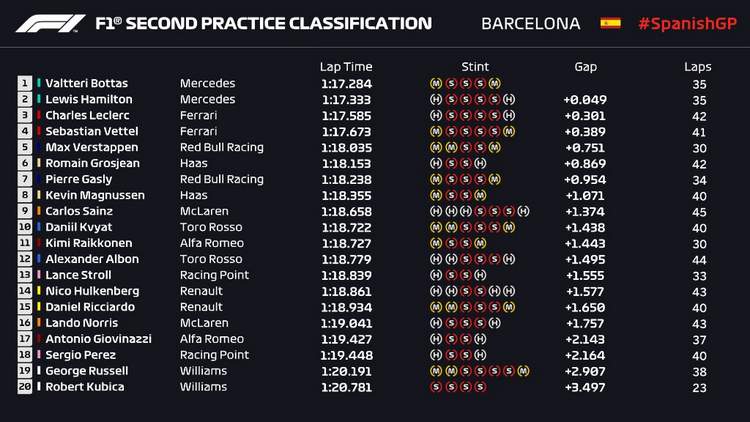