Ferrari: We are extremely united 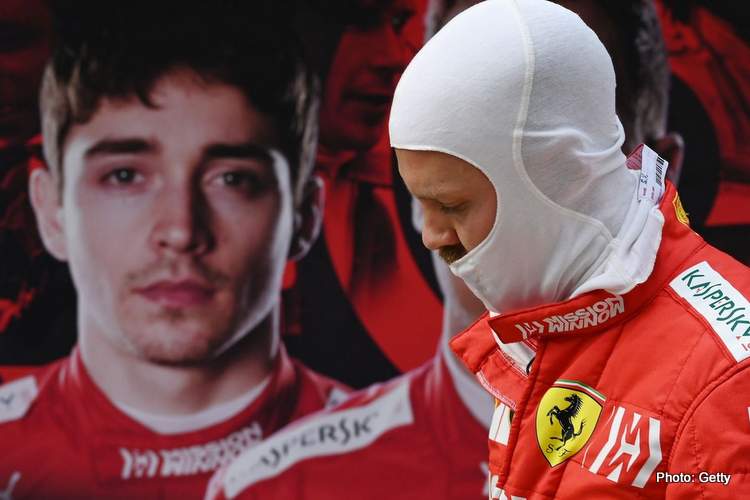 Ferrari have unleashed a ton of PR spin ahead of the Spanish Grand Prix weekend insisting multiple times on Thursday that the team is “extremely united” amid the trouncing they are currently receiving from  Mercedes a mere four rounds into the 2019 Formula 1 season.

The story of the young gun from Monaco taking on the four-time F1 World Champion is well told, as are the far too many team orders dished out to Leclerc to the benefit of his teammate in the sister car.

Perhaps spurred to diffuse a potentially volatile situation, of the driver hierarchy within the team, the media minders in red have been punting the we-are-one angle as they turn up the firepower for the weekend in Barcelona with a new Power Unit package and a host of aero bits to bolster their package.

Today in Barcelona, Ferrari confirmed again that their “drivers will have their first taste of the new power unit fitted to the SF90 as well as further aerodynamic updates, following on from the first lot of changes introduced in Baku a fortnight ago.”

During the drivers’ press conference in the afternoon at the track, Vettel was asked about the state-of-play at Maranello, to which he replied, “The morale and atmosphere in the team is high. We have further updates here on top of those brought to Baku and I think we can be competitive.”

“I have always thought we have a very strong package, but we have just struggled a bit to put everything together and be quickest.”

A little later Charles Leclerc was reading from the same script when addressing media in the paddock, “We are extremely united and you can feel it in the dynamic of the team. I think, a bit like recent events in the Champions’ League, where a club came back when facing a huge task.”

“In our team too, the will to turn things around after a less than easy start from the results point of view, is there. We will give it our best shot,” added the 21-year-old.

Which is pretty much what we said here:

Inside Line: Liverpool show Ferrari how to do it