Inside Line: Liverpool show Ferrari how to do it 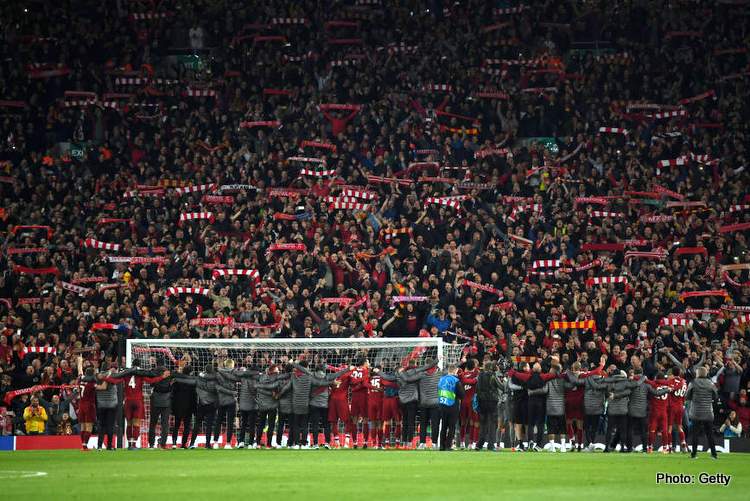 I have seldom if ever written about football (aka soccer) on this site, but after watching Liverpool FC deconstruct and demolish the Lionel Messi lead Barcelona 4-0 on a historic night at Anfield, it dawned on me that Formula 1’s version of the Reds should take inspiration from the night.

Ferrari are 4-o down at this stage of the game as mighty Mercedes call the shots in this edition of the Formula 1 World Championship, with little hope in sight for the Reds who are seriously on the back foot. Few believe they will recover.

Ahead of Tuesday night, Liverpool were trailing 3-0 with little hope of proceedings to the European Champions League Final, few believed they would recover and close the massive deficit to one of the great footballing teams, packed with superstars including one of the greatest player of this era, Lionel Messi.

But under Jurgen Klopp they dug deep, found an incredible desire and will to win that game, which Barca had no answer to and, against expectations, went down four nil. And that means out of the Final (in Madrid!) when they and most of the planet believed the trophy was heading to the Nou Camp.

Shrewd tactics, inspirational management, coupled to incredible teamwork – with every single Red committed and working as hard as they could – on a night they made it happen for themselves and for the collective.

Under Mattia Binotto, the legendary Maranello outfit are in a similar position to what their fellow Reds were, few believe they can overturn the deficit to the mighty Silver Arrows, a team packed with engineering superstars, including one of the greatest drivers of this era, Lewis Hamilton.

The sporting parallels are intriguingly similar.

Competition at the highest level is about tiny margins and leveraging those to maximum effect. Liverpool and Barcelona have similar quality players on average, similar resources and are also playing at a similar extremely high level.

A week ago, the Spanish outfit pumped three goals into the Liverpool net during the first leg match at Nou Camp to all but seal the deal.

But last night, in the second leg, the English team stifled their rivals, out-worked, out-paced and deconstructed them, going one better with four goals into the Barca net which understandably sent Anfield berserk with joy.

It was arguably the greatest comeback in football, up there with their amazing 2005 Champions League Final turnaround when they beat Milan on penalties after going down 3-0 in the first half.

Furthermore, as a long time Everton fan (it’s a long story…) and lover of football, I watched last night’s match and like most of the planet was left stunned, astounded by an awesome couple of hours of entertainment.

Filled with pure admiration, I instinctively stood up and applauded the incredible sporting contest I had witnessed, just as TV cameras panned away from the celebrations to Barca fans standing and clapping. Respect!

The margins that separate Mercedes and Ferrari at the top of the pecking order are tiny, the real difference is self-belief and winning the complex mind games that prevail in the pitlane.

The Reds appear to have the firepower, from now on they need to be near perfect and find the mental edge to beat Mercedes in the forthcoming races. They have to believe, as the Liverpool team believed, that Mercedes are vulnerable somewhere and can be toppled from their pedestal.

In fact, Binotto would be well served using the night of The Red Devils as inspiration, even tapping up totally cool manager Jurgen Klopp for some advice on how he fired up his team to complete the feat.

For Ferrari, there is nowhere to hide as they head to Round 5 seeking their first win.

Starting this weekend – at the Spanish Grand Prix in Barcelona! – the Scuderia have to start the daunting journey of overturning the 4-0 lead Mercedes currently enjoy; with a marvellous night of footie serving them as the blueprint to achieving that.

Big Question: Can Ferrari do to Mercedes what Liverpool did to Barcelona?