Formula 1 to burn rubber in Chicago 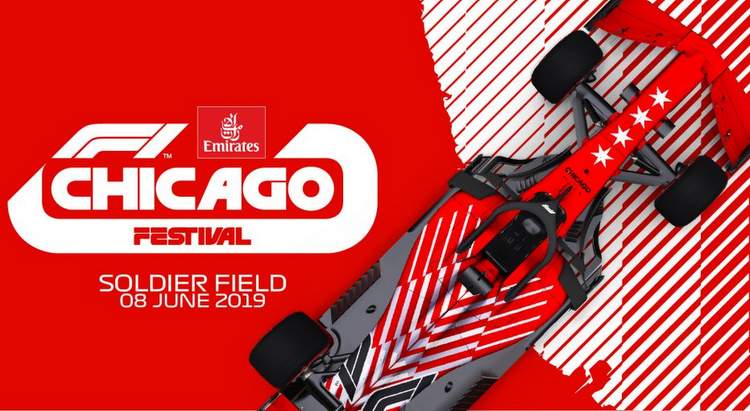 Formula 1 have confirmed that Chicago will host a fan festival on Museum Campus Drive as part of spreading the message in uncharted cities as the sport strives to open new markets f which the USA is of great importance.

Formula 1 today announces the Emirates F1 Chicago Festival will be hosted in the historic and scenic grounds of Soldier Field on Saturday 8 June. The announcement comes following the huge success in Shanghai, marking the 1000th Grand Prix.

The Emirates F1 Chicago Festival is a free event, which allows fans to immerse themselves in the world of F1, bringing the Grand Prix atmosphere to the heart of the city. From F1 driver appearances to a live driving exhibition on Museum Campus Drive, attendees will experience all that F1 has to offer, including the roar of engines, the smell of rubber and the electric atmosphere as the cars tear past.

During the festival, fans of all ages can enjoy the Canadian Grand Prix qualifying broadcast in real time, alongside exciting sponsor activities. In the evening fans will also be able to enjoy exciting appearances by local celebrities and a memorable musical performance from headlining act Judah & the Lion.

In the weeks leading up to the festival, an F1 car donning a unique Chicago-themed wrap will tour the city making stops at iconic locations to be announced, including Wrigley Field’s Gallagher Way, giving locals the opportunity to see the high-tech innovation of an F1 car up-close and personal. After its stop in Chicago, the F1 Festival will make its way to Los Angeles and end the 2019 tour in Brazil.

Sean Bratches, Managing Director of Commercial Operations, Formula 1 said: “Following the huge success of the Shanghai festival, we are excited to be heading to Chicago – a city known to hold the most enthusiastic of sports fans. We are looking forward to taking F1 to the US and immersing fans in the race day atmosphere and showing the Windy City all that F1 has to offer.”

Boutros Boutros, Divisional Senior Vice President of Corporate Communications, Marketing and Brand for Emirates said: “Emirates takes pride in its support of global sports that connect people to what they love. We are delighted to give fans an unforgettable experience and connection to Formula 1 with the Emirates F1 Festival in Chicago, a city which we have been serving since 2014.