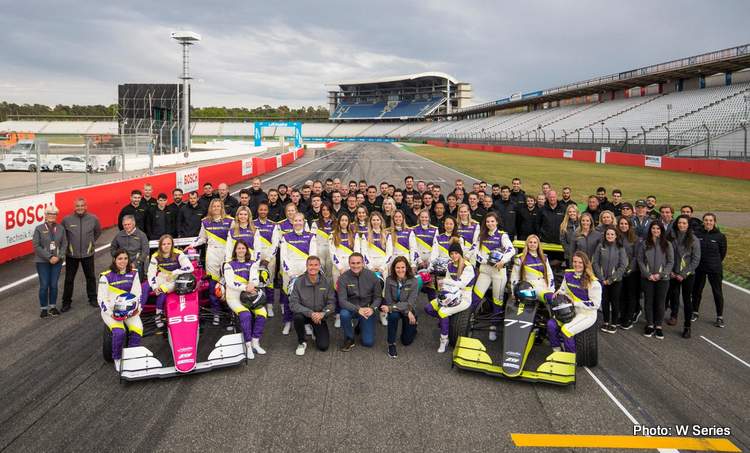 Former racer David Coulthard, a key player behind the scenes, said at Hockenheim there had already been discussions about the W Series featuring on the Formula 1 support programme.

“Australia wanted us to be there for the first race. They’re a government-funded event and for them they would have no problem bringing us down there,” the Scot told reporters after Saturday’s race.

“I was really excited; ‘We’ve got to be in Australia, at the grand prix, the first race.’ And the team were just, ‘To go there, on that stage, if we don’t get it right for whatever reason…’. So they made the right decision. I was being emotional.”

Coulthard, chairman of the W Series advisory board, said next year could be a definite option. The women have only six races this year, all supporting the German Touring Car (DTM) championship, in identical Formula Three cars with the finale at Britain’s Brands Hatch in August.

“There’s a few grand prix tracks where the undercard is not controlled by Formula One,” said Coulthard. “I think it would be quite interesting if there was a little bit of pressure applied to F1.

“We are very happy partnering with DTM. This is their first race. But we could have additional races in the same way that our competitors are not locked in to W (Series).”

Chadwick, who dominated the Hockenheim weekend, is also an Aston Martin factory junior driver and remains free to race in other events and series.

W Series aims to promote women drivers and help them compete against men further up the motorsport ladder and Coulthard said the concept interested Formula One owners Liberty Media.

“I think it fits perfectly with the new owners (Liberty) and everything they stand for and what they are doing,” said Coulthard. “We have had a conversation, they would like to see how it develops.”

It has been 43 years since a woman raced in Formula One, and only five have ever tried to compete in a grand prix since the championship started in 1950.

Chadwick felt she could aspire to moving up the ladder but Formula One will depend ultimately on being sufficiently competitive to secure the points-based super licence.

W Series chief executive Catherine Bond-Muir said the governing FIA would consider at the end of the season whether to award licence points and how many.

Drivers need to have acquired at least 40 points and winning a national F3 championship is currently worth 10.

Chadwick said she did not want any token pass. “This year the focus is the W Series, next year who knows what the focus will be. It’s all about making the best progress I can.”

Big Question: How much coverage of W Series should GP247 give the W Series?