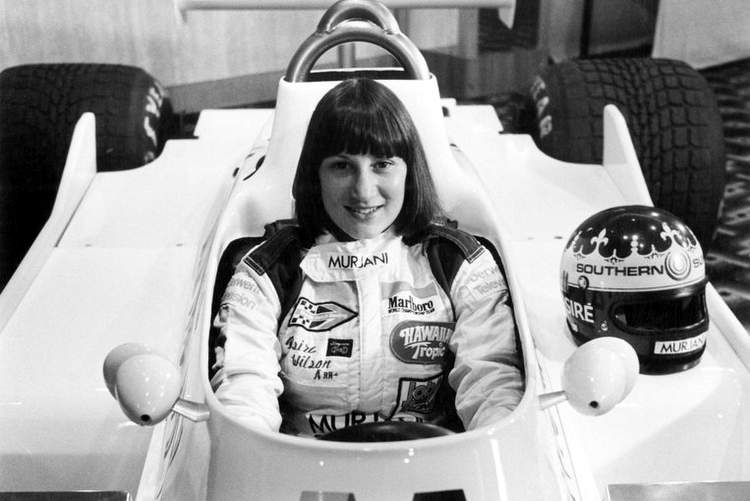 Desiré Wilson sees no physical or mental reason why a woman cannot compete in Formula 1, whatever the men might say, and she should know.

As the only woman to win a Formula 1 race, a non-championship round of a long-defunct British series at Brands Hatch in 1980, the 65-year-old South African says those who raise such obstacles are talking rubbish.

“I used to drive for three hours in world endurance championship races, in monstrous Porsche 956s, and I was capable of doing it,” she told Reuters at the first race of the all-female W Series.

Wilson’s first IndyCar race in Cleveland, Ohio, in 1983, was 500km on a street course with eight pitstops for fuel and no paddle shifts.

“The cars were brutal. I finished 10th in that race and I think seven drivers pulled in and collapsed (because of the heat),” she said. “Drivers were just passing out and there I was, a 120 pound driver but it was all in the mental strength.”

“My opinion is that women are actually stronger mentally than men are. I think we can push ourselves much further than men can,” added Wilson.

“It’s the individual person, what you are made up of, what you want in life, how hard do you want to fight for it and how serious and focused you are.”

W Series, with 18 women racing identical Formula Three cars in a six-round championship, aims to raise the profile of female racers and help them take on the men further up the single-seater ladder.

One of the ultimate aims is to see a woman compete in Formula One again for the first time since Italian Lella Lombardi in 1976, and Wilson is highly supportive of the concept.

“I think it´s a superb idea. Because ultimately you´re giving these women an opportunity to take part. A lot of them wouldn´t be racing if it wasn´t for this series,” she said.

“For men who say ‘why should it be an all-woman series?’, they haven´t had to really go through what women really have had to go through in motorsports. So they have no idea.

“I think this series will showcase women more than it ever has before and hopefully that will be a combination of finding some more sponsorship. I´d love to see somebody there (in Formula One) in the next few years.”

You can count on the fingers of one hand how many women have entered a world championship Formula One race, and Wilson is one of those five.

While the South African failed to qualify her Williams for the 1980 British Grand Prix at Brands Hatch, as did future world champion Keke Rosberg, she says the timing sheets told only part of the story.

She recalled the words of French driver Jacques Laffite, unapologetic after forcing her off the track on the way to a front-row slot for Ligier, who said: “No (expletive) woman should be in grands prix.”

When Wilson won the Evening News Trophy at Brands Hatch, a circuit that now has a stand named after her, she beat four F1 drivers including Chile’s Eliseo Salazar and Italian motorcycling great Giacomo Agostini.

Wilson also drove a Tyrrell in the 1981 South African Grand Prix at Kyalami, a race scheduled originally as the first round of the season but then deemed non-championship due to F1 politics. That designation still rankles.

“There’s no doubt that chauvinism and sexism was difficult in my era but we were seen a little bit more as novelty drivers,” she said.

“Every few years a woman was at least able to attempt to get into Formula 1. But you still had to qualify and get the super licence to be able to race.”

Gender was always an issue.

“I had a couple of sponsors who turned around and said: You’re in my car because I want you to go and beat those boys,” she said. “A lot of the guys were pressured by their girlfriends and wives not to be beaten by a woman.”

“Everybody was your friend while you weren’t competitive,” she added. “But the minute you started winning it was amazing how fewer male friends you had. They just disappeared.”

In 1980, Wilson’s team in the British-based F1 championship ran out of sponsorship and told her they could afford to run only one car and it was going to be that of teammate Kevin Cogan, despite her being third in the championship.

“They said… Kevin is a man and is going to go to Formula One. You´re not´,” she explained. “They said he´s going to make it to Formula 1. But he never did.”