Inside Line: Enough talk, it’s time for Abiteboul to deliver 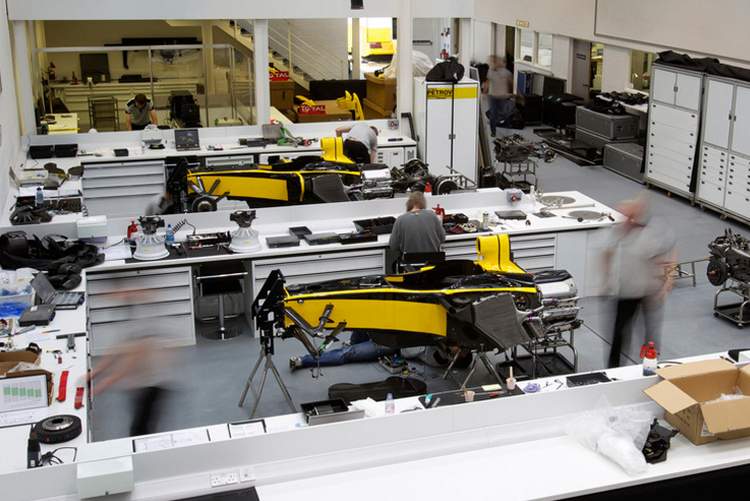 It was refreshing for me to hear both Paul di Resta and Karun Chandhok while commentating on Sky F1 during the Azerbaijan Grand Prix weekend, question if the Renault board were not starting to ask questions of the team’s lack of progress under the stewardship of Cyril Abiteboul.

Because I have, and while the original title of this piece was ‘What is happening with Renault?’ until it evolved into the finger pointing exercise that it is.

The French team was woefully off the pace at the Azerbaijan Grand Prix. Neither of their cars made it beyond Q2 on a weekend they were sorely outshone by McLaren, the only other team on the grid using Renault power units, whose Lando Norris was half a second faster than the best Renault driver when the chips were down.

During qualifying in Baku, Daniel Ricciardo’s best time in Q1 was 1.1 seconds shy of the top time, with Nico Hulkenberg two seconds adrift. In Q2, the Australian’s best effort – with everything dialled – up was two seconds off the pole-winning lap set by Valtteri Bottas in the Mercedes.

The drivers cannot be faulted. Ricciardo is a proven Grand Prix winner and Hulkenberg packed with experience are not as bad as the Renault package suggested last Sunday. They simply did not have the tools to do the job on those three days.

Renault has not delivered on promises made by Abiteboul who this year was targeting breaking away from the Best of the Rest tag and at least challenge the top three for podiums. Wins would be a bonus they teased, but those are supposedly on the menu for 2020.

However, the reality is that their power unit package is behind Honda, and thus worst of the quartet of manufacturers providing engines for teams in the top tier. Apart from lacking firepower, their PUs are proving to be unreliable too.

They have gone seriously backwards if the weekend in Baku is anything to go by, and surely they are hoping the tricky street circuit was an ‘anomaly’ for their package.

But the question remains: Is Abiteboul the man for the job at Renault?

In early 2015, he scoffed at any idea that rules needed to be changed to reel in Mercedes’s big advantage at the time, “I would never ask for a change in the regulations to catch up with a competitor. I see no reason why we cannot come up to the level of Mercedes. It’s just a matter of time.”

Over four years down the road and the gap remains pretty much the same, if not bigger. At least with Red Bull the Renault-built engines did taste victory, but during the same period, the works team never got a sniff of a podium.

Their chassis was always around three-quarters of a second down on Red Bull’s best offering since the turbo hybrid era. In Baku, the gap to McLaren was over half a second.

In early 2016, Abiteboul set his own noose when he predicted, “What we can say is that we will not be on the podium this year [2016]. That’s absolutely impossible. Everything we do this year is in preparation for 2017 and 2018. But in 2018, podiums must be possible.”

That didn’t happen did it?

At the start of 2017, when was asked if Renault could close the gap to Mercedes, Abiteboul was not short on the big talk, “There is absolutely no doubt about that, and maybe in the future the potential to overtake them.”

He was wrong because there was no silverware to be added to the F1 trophy cabinets at Viry-Châtillon, in fact the last Grand Prix trophy they added was back in 2011 when Nick Heidfeld finished third in Malaysia, before he shipped off to Caterham.

Looking back on Abiteboul’s career, Bloomberg report that after graduating in 2001, he joined Renault at Boulogne-Billancourt, looking after the team’s F1 website. He was made Business Development Manager for the Renault F1 team in 2007 and went on to become Executive Director of Renault Sport F1 in 2010.

“He also sets the commercial, marketing and communication targets to ensure Groupe Renault takes full advantage of its Formula 1 activities.”

That’s a big briefcase for one man to carry and that perhaps is the problem. He himself declared the role of team principal as redundant when he and Frederic Vasseur parted ways when the latter worked for the team. A difference in vision was cited for the split.

Vasseur then joined Sauber which has since morphed into Alfa Romeo under his leadership. Considering the difference in budgets, the Hinwill outfit is on about half of what Renault are spending then it is becoming increasingly apparent that kept on the wrong guy.

And one would agree that a modern F1 team might not be for solo managers of his ilk, but rather govern by committee so that more can take the blame when things go wrong. In other words: “they just don’t make team principals these days as they used to back in the day.”

Insiders claim that in the world of quasi-government bureaucracies, which Renault is, ‘who you know’ is often more useful than ‘what you know’ suggesting that Abiteboul has friends in high places.

After all, he was once upon a time made redundant from Renault, popping up at Caterham until they sank with him at the helm upon which the French manufacturer took him back and, not only that, put him in charge of turning the shambles of the Genii Lotus operation into an F1 team.

But, in retrospect, at least that ‘Lotus’ effort won a race or two and grabbed podiums with very limited resources.

Brash, arrogant, confident, intense, self-righteous are all descriptions that have been attributed to Abiteboul while his gift for the gab is something to behold. In press conferences, he tends to enjoy the sound of his own voice and can ramble on with no real check on reality of what he is saying.

This guy will talk to you from a shitstorm and tell you he is in paradise, provided it suits his agenda.

In the most recent one, on Friday in Baku during the FIA Press conference, he spoke as a man still inheriting the ‘patient’ when in fact he has it now for quite some time and things are not looking any better, as mentioned they may actually be getting worse.

He conceded during the presser, “It’s not enough, it’s never enough for sure. As a starting point, we clearly need to improve the reliability of the engine; as you know over the winter we have been very vocal about the expectation but also about the ambition in terms of power gain on the engine.”

“I think we’ve accomplished that, but in order to secure that we had to on a number of occasions to fast-track some of the internal processes because it’s a Catch-22.”

Sorry to intrude on the delusion, but what power gain have they accomplished?

This is just PR speak to keep his bosses happily confused in the classic ‘baffle them with bullshit’ strategy that works at times but not all the time. Facts are Renault has gone backwards and he is claiming otherwise!

Then he adds, “You’re running against time, and sometimes also running against limitations in resources, and clearly every single time we could, we biased our internal processes towards performance.”

“So we are paying a little bit for that, but I hope that it’s short term pain for long term gain,” he explained as if is a”little bit” – it’s not, it’s a lot – in Baku qualifying they were two seconds off the pace, with Hulkenberg marooned in Q1 and Ricciardo just making it into Q2.

Again who is he deluding with this next statement?

“On the chassis side, I’m extremely positive about the rate of development, which is stronger than it’s ever been, which is saying something about also the new Renault that we are starting to see in action.”

They are slower than McLaren who have hardly produced a masterpiece, last year the chassis was seven-tenths, or more, shy on the best Red Bull throughout the season when they used common engines.

The Renault RS19 is not a nice piece of kit. Ask Nico. Ask Dan.

Surely Abiteboul cannot believe that anyone with a semblance of interest or knowledge about F1 accepts what he says in the ongoing defence of under-accomplishments which tend to follow the bluster.

A Renault powered car won’t win a race this year unless the six front-runners wipe themselves out. And in Abiteboul’s own words Renault should be winning or at least in with podium chances at this stage of his road-map.

Clearly, they are not and while we will put Baku down to an anomaly (imagine Monaco or Singapore!) but next up in Barcelona there is nowhere for Abiteboul to hide, as there we will be able to see who has progressed since winter testing and who has not, as well as a true pecking order and not the fake one we had heading to the opener in Melbourne.

Circuit de Catalunya is the first common denominator in a crowded season. We will learn much from the next weekend on the calendar, weather permitting of course.

For now, the 41-year-old Frenchman appears firmly at the helm of the team, even Alain Prost (for some reason) has his back, so he must be doing something right which is not obvious or apparent.

Nevertheless, no matter who he knows up the Renault food chain there has to come a point when Abiteboul mist to deliver or be accountable for massively underachieving on promises and suffer the consequences thereof.

Barcelona might just be the beginning of his end.

Big Question: How much more time should Renault give Cyril?

Abiteboul: I see no reason why we cannot catch Mercedes