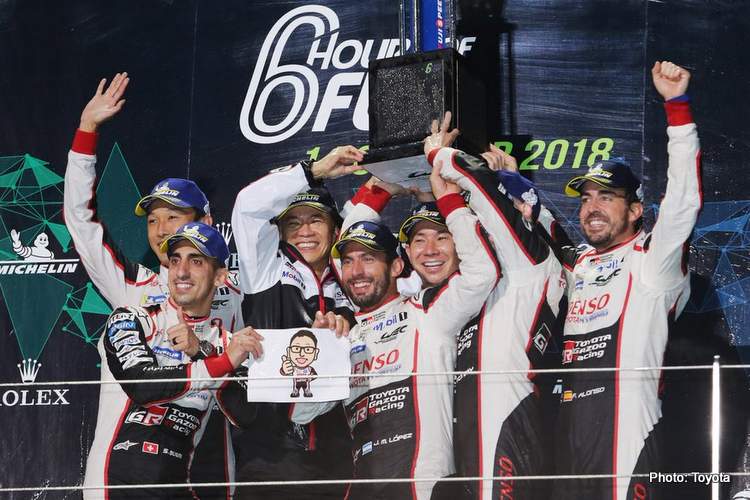 Toyota have announced that Fernando Alonso will end his association with the Japanese manufacturer after Le Mans this season, with Brendon Hartley set to replace him in the World Endurance Championship squad.

Fernando, who will explore new motorsport adventures within the Toyota Gazoo Racing family, will conclude his time in WEC when he and his World Championship-leading team-mates Sébastien Buemi and Kazuki Nakajima defend the Le Mans crown they won together last June.

New Zealander Brendon, who became a two-time WEC champion and 2017 Le Mans 24 Hours winner during four seasons with Porsche prior to a stint in Formula 1, will begin the transition when he makes his first public appearance behind the wheel of a TS050 Hybrid at the Le Mans test day on 2 June.

Brendon will join Mike Conway, Kamui Kobayashi, José María López, Sébastien and Kazuki as a race driver for Toyota Gazoo Racing in WEC next season, which begins on 1 September at Silverstone and concludes on 14 June 2020 at Le Mans. The driver line-up of each TS050 Hybrid will be confirmed later.