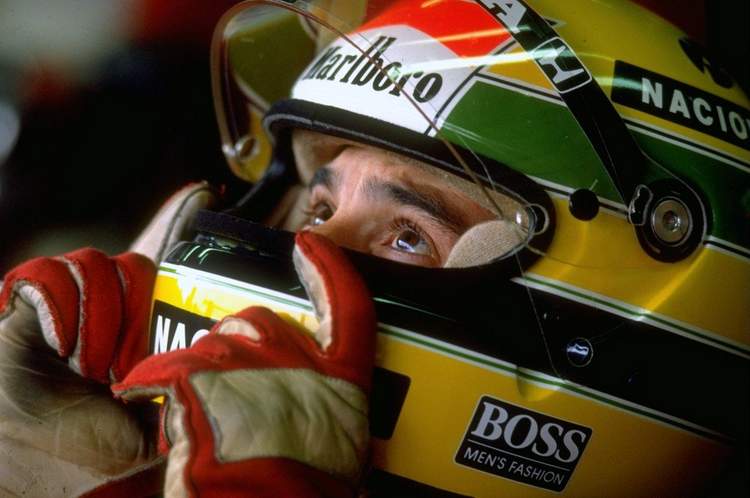 The helicopter swoops down, its television camera following the lines of a sunlit track below, as the words ‘San Marino GP, Imola’ appear on screen.

Twenty years on from the fatal accidents of Formula 1 great Ayrton Senna and Austrian Roland Ratzenberger at the Italian circuit, the moment in the award-winning documentary ‘Senna’ still makes the heart beat faster.

What followed on that 1994 weekend, and particularly on May 1 when the Brazilian crashed his Williams, is as familiar to most F1 fans as the waving of a checkered flag.

For screenwriter and executive producer Manish Pandey, who will attend a showing of his 2010 film in Imola this week as part of events marking the anniversary, the focus will be more on marking an extraordinary life than a tragic death.

In an interview with Reuters, he recalled how director Asif Kapadia asked him early on what he wanted to achieve with the film.

“And that’s where I think the film is very successful. Even if you know, you get so caught up in it you kind of forget. And then when it suddenly says Imola everyone knows and it hits them very hard.”

Imola, Pandey said, was not a weekend he particularly wanted to remember and nor was it one to be taken out of context.

“You can’t tell people how great a something is lost, whether it’s humanity or talent or whatever you want to describe it as until you show people what that was in the first place,” he said.

“I think a less salubrious filmmaker may well have just gone for the death of Ayrton Senna. I’m really glad that we went for his life.”

The producer said that, for him, the most emotional moment of the film was not Imola but Senna’s victory at his home grand prix at Interlagos in 1991 – the champion’s first win in Brazil.

Senna, who had to be lifted out of his McLaren after taking the checkered flag with only sixth gear still functioning, declared afterwards: “God gave me this race”.

“You see a man at the very top of his game, you see the drama of what it is to be a motor racing driver…there the context of Imola is properly defined,” said Pandey.

“You can see what he did, what he went through to win that race and what the stakes were and what the context was. He couldn’t come second in that race. Not this year. He had to win it and it didn’t matter what was taken out of him.”

A qualified orthopaedic surgeon, who established an immediate rapport with the late Formula One medical delegate Professor Sid Watkins, Pandey saw Senna race only three times in his life and never met him. But he was hooked nonetheless.

“I was brought up a Hindu and those values are very important to me. For me, the whole film is a metaphor about man’s struggle to find God. But not to find God in another universe but on this earth….it’s a spiritual struggle,” he said.

“Professor Sid Watkins said [Senna] had an inner peace. Because he could take the cigarette companies, the oil companies, the fumes, the smoke, the girls, all of that noise and just transform it into this thing that was so sublime.

“This man right on the very edge, just doing something better than anyone else had ever done before. And doing it day after day, keeping that edge. That for me is what the film was about.”

A meeting with Formula 1 supremo Bernie Ecclestone opened the doors to an amazing archive and provided introductions to others. Even then, it took years and more meetings before the Senna family was sure enough to give their blessing.

“I like to think of that film as exquisite. I think that’s a really good way to describe it. It really was made a frame at a time, like maquettery. It’s like seeing a lovely old marble screen carved in a Mughal palace. For me it was really hand-crafted,” said Pandey.

“People told me never make a film about one of your heroes because you will always be disappointed…I just came away admiring him 10 times more.”

There were regrets along the way, footage and characters who had to be left out, and controversy after Senna’s old rival Alain Prost – who had made peace with the Brazilian shortly before Imola – chafed at the way he was portrayed.

There was also unintended poignancy, which became apparent only after the film was shown to a Brazilian audience.

A comedy moment comes when Senna appears in 1988 as a guest on a childrens’ Christmas show hosted by Xuxa Meneghel who kisses him repeatedly for luck, one kiss for each year ahead.

“The number of times we saw the Xuxa show and we laughed our heads off. Especially when he dances. The world champion on stage in a children’s show and he’s dancing. She’s laughing, they are holding hands and he’s whispered what he’d like to do,” said Pandey.

They had not noticed something else that Xuxa saw immediately and was distraught: “I should have kissed him for 94. I stopped at 93’,” she told a television interviewer.

This report by Reuters F1 reporter Alan Baldwin was first published in 2014.

Bianca Senna: A day to celebrate the legacy of an idol