Alonso: Maybe I should go back to Formula 1 to rest a bit! 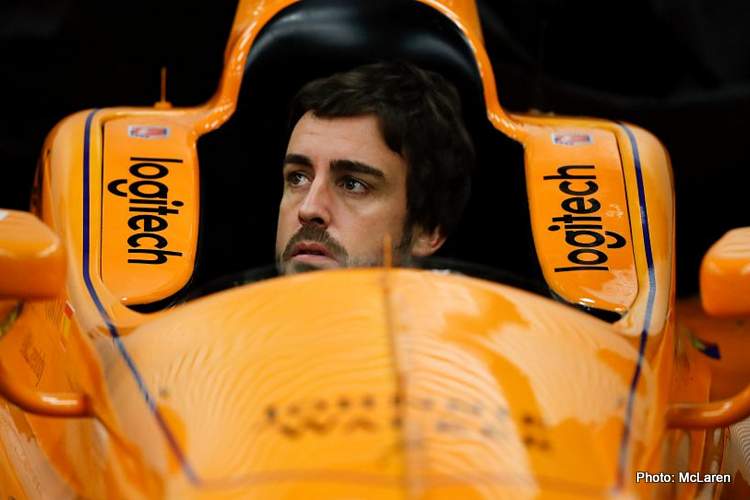 Fernando Alonso will end his World Endurance Championship adventure with Toyota Gazoo Racing after this year’s Le Mans 24 Hour race but he insists he will find other challenges to keep his insatiable appetite for racing sated.

It is no secret that Alonso has had a busy schedule since he quit F1 at the end of last year, winning the Daytona 24 Hours in January with Wayne Taylor Racing while dovetailing his World Endurance Championship (WEC) campaign with a test in a Dakar Toyota.

The Spaniard leads the WEC standings with teammates Sébastien Buemi and Kazuki Nakajima with two rounds remaining: Spa- Francorchamps this weekend and the season finale at Le Mans on 16-17 June. He will also race for McLaren at this year’s Indy 500 on 26 May.

In an interview with L’Equipe, Alonso joked, “Maybe I should go back to Formula 1 to rest a bit!”

He then explained, “Before focusing on one car or another, I asked myself: What are my opportunities for the future? What can I have fun driving in 2020? What events are prestigious and interesting enough?”

“I will reflect on this calmly in July and decide later. [In May] I will concentrate only on the Indy 500 and my preparation for the Le Mans 24 Hours. I love my sport, cars and the idea of ​​driving.”

“When I’m at my karting circuit, in Spain, driving a race prepared kart I concentrate to do so as well as possible. I don’t want to be beaten because I have not prepared well.”

“It seems when you get to F1 and you stay there because it satisfies a big ego… the best of the best is there and to drive anything else would be to take a step back.”

“This is a mentality that I have experienced with some engineers and journalists, those who do not see the bigger picture. I never agreed with that sentiment. [Outside of F1] I’ve discovered excellent teams, engineers and drivers.”

With the Toyota-Alonso romance set to end after Le Mans, the 37-year-old does have one wish before he parts ways with the team, “Winning the WEC this year, adding to my two F1 titles would be magical.”