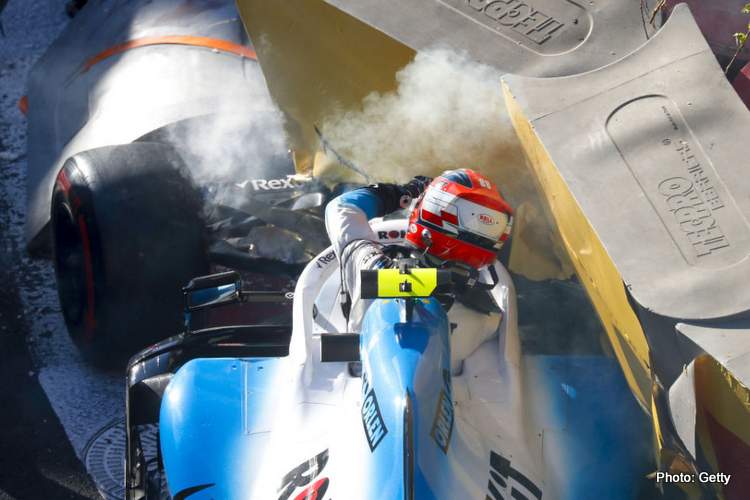 A drain cover, a crash, last place. This isn’t the way it was meant to be for Williams as their season simply goes from bad to worse.

One of Formula 1’s most-storied teams – with nine constructors’ championships – Williams has been struggling for speed and money for years, but the Azerbaijan Grand Prix hit a new low.

First came the loose drain cover which wrecked George Russell’s car in Friday practice, a costly blow for Williams’ small budget. To add insult to injury, the truck carrying his car hit a bridge, damaging the crane, which then smeared Russell’s Williams with hydraulic fluid.

Russell is the reigning Formula Two champion, but Williams’ uncompetitive car means that, instead of making waves in his rookie season, he’s currently better known for his unplanned encounter with Azerbaijani drain covers.

Then it was the turn of Robert Kubica, whose welcome return to Formula One this season after a serious injury has been short on inspirational moments.

The Pole has been the last-place finisher at all four races so far, and crashed in Saturday qualifying. Kubica’s weekend somehow got worse from there.

The disadvantage of starting from the pit lane was amplified when the stewards ruled a breach of the rules for the procedure and handed Kubica a drive-through penalty during the race.

Despite Williams’ proud history and current poor form, it’s not tempted to look for a new owner. Williams fiercely guards its independence and is proud of still having founder Frank Williams listed as team principal, even if his daughter Claire Williams now handles day-to-day operations.

“This is what we do. We don’t have anything else to do. So it is not on the market,” Claire Williams said Friday.

“I want to go out and prove that we can do what we are in this sport to do, and that’s to get back on the podium and to win races again. That may take us a long time, but it took Frank more than 10 years to do it when he first started in this sport.”

The immediate goal, however, is to avoid finishing the season with no points for the first time since 1977.