Inside Line: F1 TV is crap don’t buy it until further notice 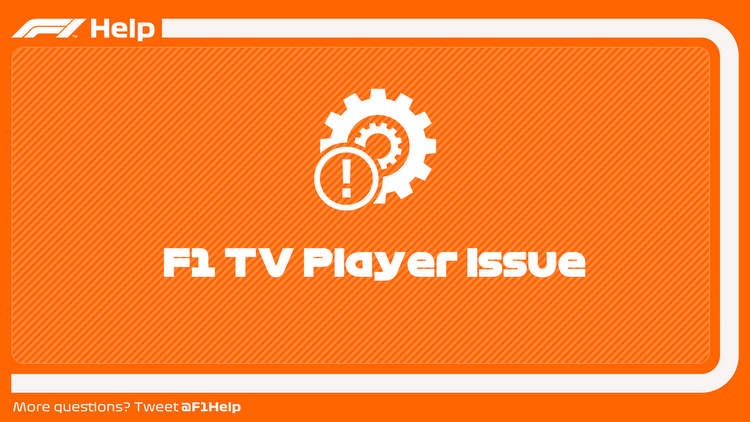 F1 TV once again delivered a shambles of a streaming service for subscribers during the Azerbaijan Grand Prix weekend, there were countless problems which in turn triggered complaints aplenty, relentless derision and palpable anger.

I for one am fortunate that I can get German terrestrial feed and thus watch races, however, I do also launch F1 TV  Pro on my PC – and have done so since I got it in May last year – in the hope that it will stream and I can actually watch it. But the catalogue of frustrations is massive.

The signal stops with a black or frozen screen, you reload the page and you get asked to re-enter your credentials, then it doesn’t recognise you or tells you that you are in another region… I mean the list goes on and on. And of course, the fuse just gets shorter and shorter for seething viewers subject to these unacceptable foibles.

I watch constantly apprehensive that the thing will go down. Honest;y, I really tried this weekend to embrace F1 TV and make it the go-to way to watch F1 but it did not work.

Furthermore, some really thick executive deemed to transmit the signal on F1 TV “about 5 to 10 minutes before the start of the race begins.”

Why? The signal starts going live at least half an hour, if not an hour, earlier. No commentary but the sounds in the background have their own charm.

Why not switch on the F1 TV stream as soon as the F1 signal goes live (as they do with Sky) and stream until they switch off the feed. And then keep a 24/7 live CCTV signal to users, because you can!

I just feel that they’ve got someone running this F1 TV project that has absolutely no clue about Formula 1 and our needs as fans. My reality is that I took the F1 TV Pro subscription the minute it was launched because I want it! And (stupidly) I’ll pay for it no matter what they deliver.

However, I expected it to be like the MotoGP streaming setup, but it’s not because our version appears to be run by a bunch of amateurs. One year down the road and the same problems persist, and according to sources they are only streaming to south of 50k subscribers.

After the latest embarrassment, refunds are being touted, but that’s not the point, we want this thing and we will pay, but those behind F1 TV must make it work without hiccups. Forget the bells and whistles and focus on the basics, namely deliver the stream uninterrupted, once that is sturdy and unbreakable work on the rest.

Regarding the streaming service, F1 chief Chase Carey told Forbes, “[2018] ended up being almost probably a beta project…Like a lot of players who have gone into it, we had more technical bugs than you’d like.”

“We probably were not surprised. We hoped they wouldn’t be there but they were. I think 2019 will be the first time we bring it to market as a commercial proposition to market and sell it,” added Carey.

The Forbes report adds, “Morgan Stanley forecast that by the end of this year just 104,000 people will have signed up to F1 TV with only 10,000 of them in the US. At an annual cost of $100 that would drive just $1 million of revenue.”

In other words, Chase is saying that last year I unwittingly bought the “beta project” version of F1TV. And now in 2019 with the real deal on offer, it is still rubbish.

Of course, refund requests are sure to be plentiful or maybe some are like me and say, take the money but make the thing work.

But there is a strong argument for subscribers who would have every right to a free year or a hefty discount for the frustration this has caused, and the fact that 12 months down the road they cannot deliver a decent stream while other user interface bugs prevail.

For now, F1 TV is total crap. When it finally works and proves to be stable over several races we will inform our readers when the time is ripe to jump on board. For now, it’s a waste of money.

In closing, the old archive content they have on tap – full F1 races down to the eighties – is superb and thus making it a bigger shame that they can’t get the stream to happen for less than 100,000 or so of us who bought into the stream dream.

Big Question: Any other tales of F1TV Pro woes?

Our engineers are working hard to fix this and we will have more updates shortly. pic.twitter.com/Wy3Uvv8rOG