Hamilton: Ferrari need to start pumping on all cylinders 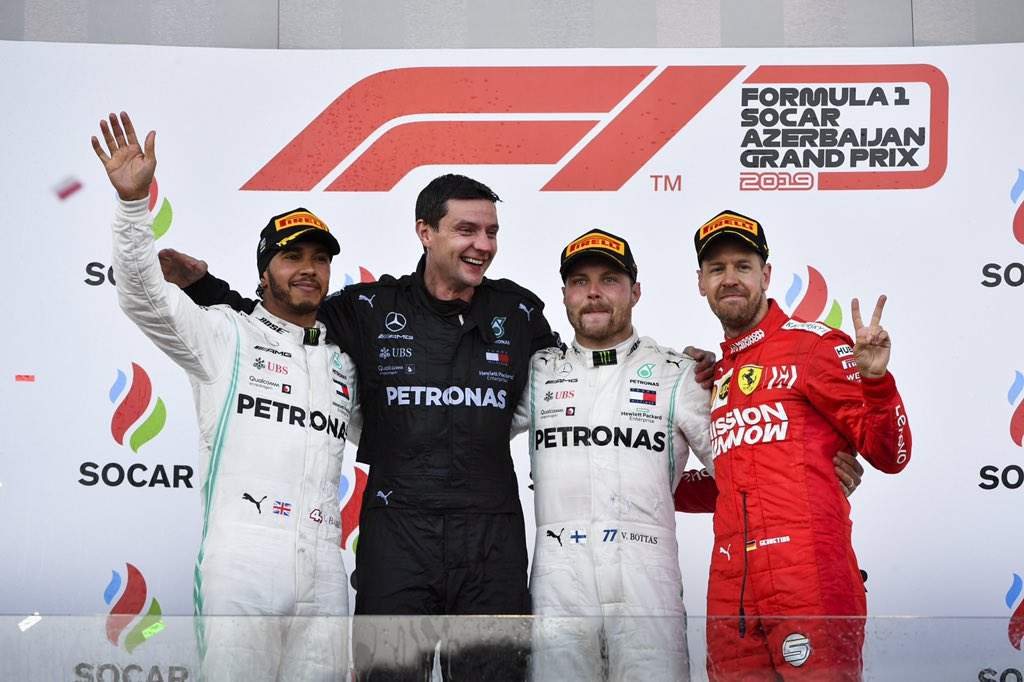 Ferrari need to get their act together, and fast, to prevent the 2019 Formula 1 World Championship becoming even more of a private Mercedes battle than it already appears.

The sport’s oldest, most successful and glamorous team flattered to deceive again in Sunday’s Azerbaijan Grand Prix, while Mercedes celebrated their fourth successive one-two finish. No season has ever started with such a run.

“We thought it would be a lot closer… but we are delivering on a very, very high percentage,” said five-times F1 World Champion Lewis Hamilton, who finished second to Finnish teammate Valtteri Bottas in Baku.

“Valtteri and I are both delivering on the laps and the team are pumping on all cylinders and they [Ferrari] are not,” he added.

“When, if, they start pumping on all cylinders and start delivering, then we’ll have much more of a fight.”

Ferrari are 74 points adrift of Mercedes in the constructors’ standings while Sebastian Vettel, third in the championship, is 35 behind Bottas.

Up until the second phase of Saturday qualifying, it seemed Ferrari were on it. Charles Leclerc led every practice session and seemed destined for his second pole position in four races.

And then, switching from soft to medium tyres, the Monegasque hit the wall and it all went wrong.

Bottas seized pole instead and led Hamilton to the flag in a race short on drama, with Vettel third and Leclerc fifth, taking the fastest lap as a consolation.

That continued a trend: At the Australia season-opener, Ferrari arrived as favourites after lighting up the timing screens in testing. Neither driver ended up on the podium.

In Bahrain, there was more disappointment when Leclerc led from pole before his engine lost power and he finished third, with fastest lap, and Vettel fifth.

China, where Ferrari had looked sure to use their straight-line speed advantage to telling effect, proved a similar letdown.

“They (Ferrari) are very good at proving they’ve got the pace when it doesn’t count. That’s the problem,” commented 1996 world champion Damon Hill on Sky Sports television.

“Mercedes are so mature now, they don’t need to show what they can do. They just know where they really stand and how to use the cards in their hand.”

Hamilton, with two wins and two second places but a point behind Bottas because of the Finn’s fastest lap in Australia, suggested his performance had been below his best.

“I just struggle here,” said the Briton. “This is not our strongest race of the season. This has always been a bit of a difficult race for me.

Vettel, despite having won four titles in a row with a dominant Red Bull between 2010-13, said it had all become a bit boring.

“So boring. It’s not just four races. It has been four years, more or less,” the German told reporters.

“We are pushing as hard as we can. But you need to respect that they are doing phenomenally well and getting their cars most of the time in the right place.

“But I’m confident. I believe in this team and I know we can improve. I think we have a good car. We just haven’t managed yet to put it always where it belongs.”