Elkann: But Ferrari did the fastest lap… 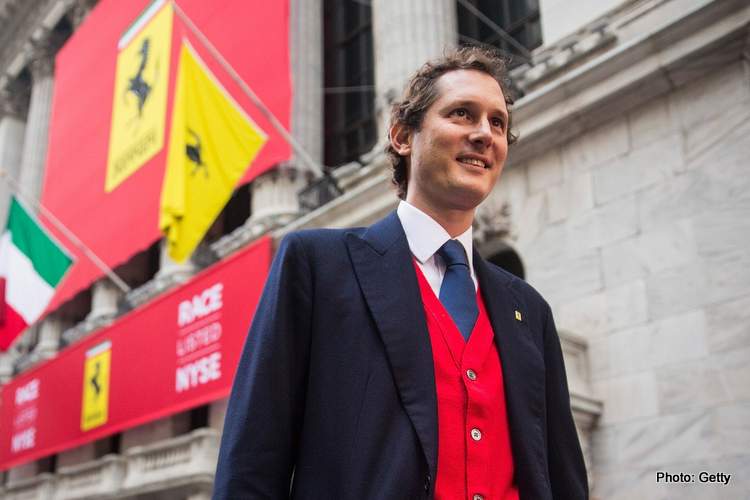 Maybe it is best that Ferrari president John Elkann stays out of the limelight or at least not speak to the media after races if his feedback, after watching his team get soundly trounced at the Azerbaijan Grand Prix, is anything to go by.

Not only were Ferrari no match for Mercedes in qualifying, three-tenths of a second shy to be precise, on Sunday the Silver Arrows simply ran away with the race while Ferrari had to settle for third place with Vettel powerless to challenge or attack.

While Leclerc fought back from his qualifying shunt to lead the race at one point, somehow the Red pitwall messed up his strategy and what might have been a podium, ended with fifth place.

As a consolation, with a big cushion to sixth place, the team pitted him late for a stab at fastest lap which the 21-year-old claimed late in the race.

Present throughout the weekend was Agnelli heir Elkann, the Ferrari big boss intently watching the action from the confines of the team’s pit garage in Baku.

After the race, he was seen enthusiastically making his way across the pitlane to congratulate Mercedes driver Lewis Hamilton who had finished second on the day.

Credit to his belief in the team (or is it naivety?) that after watching Mercedes wrap up their fourth consecutive one-two finishes in Baku, Elkann declared, “Mercedes is stronger and more fortunate but we did the fastest lap.”

“The spirit inside Ferrari is very good. There is a great desire to win and the championship is still very long. Forza Ferrari.”

Meanwhile, the Italian media are seething at the prospect of another defeat for the beloved Scuderia is a very likely prospect and the season is only four races old.

Here is what the big guns had to say on Monday:

But, let’s not forget they got that point for the fastest lap, maybe there is something in there that the Ferrari boss knows that we don’t.