Binotto: I think that the gap is not so big 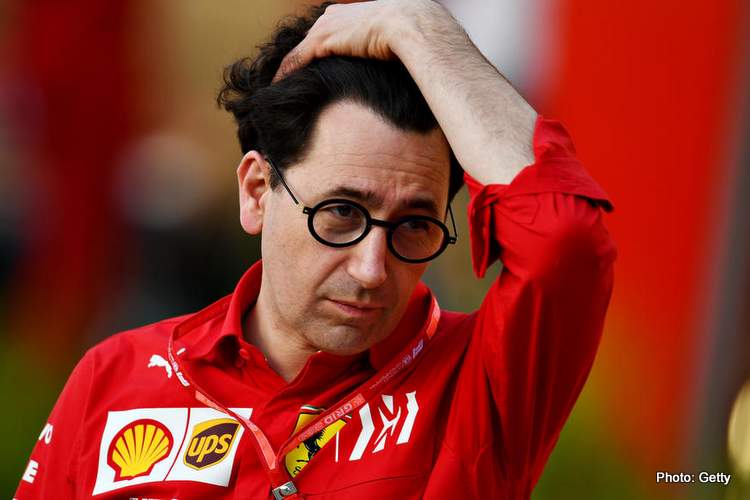 Ferrari are still hunting for their first win of the 2019 Formula 1 World Championship season after rivals Mercedes chalked up four straight one-two finishes, but team boss Mattia Binotto was adamant things are not as bad as they look.

The Italian team started the year as favourites on the back of strong testing form yet all they have to show for their speed so far is a pole position, two fastest laps and three third-place finishes.

“I think that obviously four races into the season, no win for Ferrari, four wins for Mercedes, no doubt they are very strong,” Binotto told reporters after Sunday´s Azerbaijan Grand Prix.

“Certainly they (Mercedes) have got a slightly better car, but I think that the gap is not so big and the points of the result are not reflecting the true potential of the cars,” added the Swiss-born Italian.

Ferrari, F1’s most successful team, last won a title in 2008 while Mercedes have won every championship for the past five years and on Sunday celebrated the best start to a campaign by anyone in the two-car team era.

The Italians are already 74 points behind a well-drilled Mercedes team that looks as dominant as ever with 17 races remaining.

Mysteriously off the pace in the season-opener in Australia, Ferrari were dominant in Bahrain only for engine trouble to deny Charles Leclerc a maiden win.

In China, they were off the pace again, whereas in Baku a qualifying crash for pole favourite Leclerc put paid to their chances, despite the team having dominated every representative running of the practice.

“They’re very good at proving they have the pace when it doesn’t count,” former world champion Damon Hill commented on Sky Sports television.

Binotto said, however, that Ferrari had the pace, “Yesterday, as we just said with Charles, we´ve got the potential for pole, and if you´ve got a car fast enough to score potentially the pole, you´ve got a good car overall.”

“In the race today, yes, we weren´t as fast as them, but we didn´t finish 20 seconds behind.”

“We have a lot of clever people in the team who could solve that puzzle in less than two minutes,” said Vettel. “But in this case the cube is a bit bigger.”