Williams: It was good to get both cars home again 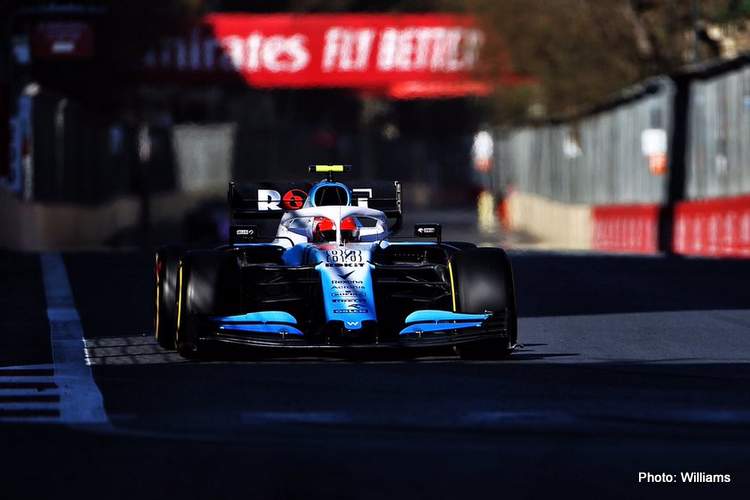 Williams report from the Azerbaijan Grand Prix, Round 4 of the 2019 Formula 1 World Championship, at Baku City Circuit.

Dave Robson, Senior Race Engineer: “Following a difficult weekend, it was good to get both cars home again. The mechanics did an excellent job after qualifying to prepare Robert’s car for the race. We opted to make some changes to the car setup, as well as necessary repairs.”

“This meant we had to start from the pitlane, which helped Robert achieve good consistent race pace, especially when running on the option compound. For George, the start of the race was difficult having lost a lot of tyre temperature during the formation lap.”

“However, once he fitted a second set of new option tyres, he was also able to set a reasonable pace. Apologies to Robert for the infringement that led to his penalty.

George Russell, 15th: It’s not been a smooth weekend for us, but once we got going after qualifying I felt fine. I am quite relieved that this weekend is over, it didn’t seem like anything was going our way. Moving on to the next race, we are still pushing and hopefully Barcelona will be more positive.

Robert Kubica, 16th: I have never raced here in Baku and would like to say thank you to the mechanics. They did an amazing job to get the car back into one piece due to my mistake yesterday. We decided to start from the pitlane and very soon it was clear that I had to be careful under braking.”

“It wasn’t easy, but the priority today was to bring the car home and I achieved this. Once again thank you to the mechanics as they achieved something extraordinary to get the car on track for the race.