Morning After: More Work for Ferrari 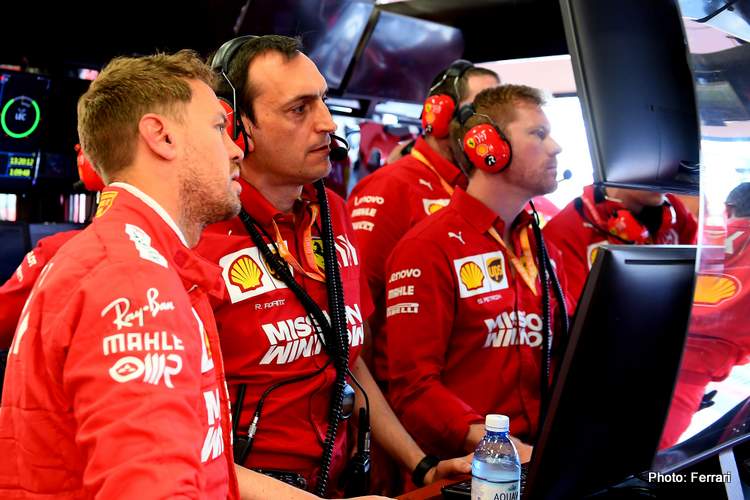 Despite having the seemingly stronger package this weekend, Ferrari will start the Azerbaijan Grand Prix with some serious work to do if they want to catch Valtteri Bottas and Mercedes.

So much for having the faster car. Once again, Ferrari found a way to squander an advantage.

The popular favourites coming into qualifying in Baku, the Scuderia will nevertheless line up third and tenth after a Saturday that proved their unmatched ability to flop under the weight of expectation.

Sure, Mercedes were clearly keeping something in reserve prior to qualifying, and both pole-sitter Valtteri Bottas and Lewis Hamilton were once again excellent, but as usual, it’s impossible to escape the feeling Ferrari should’ve been more in contention.

Instead the best the Scuderia could manage was Sebastian Vettel three tenths off the Silver Arrows, as both Charles Leclerc’s crash in Q2 and their getting mixed-up in Mercedes’ “clutch calibration” mind games in Q3 cost them dearly.

As a result Vettel was left without anyone to give him a tow, and at a circuit where that can be worth as much as half a second, that could’ve very well meant pole.

That said, mistakes are always a part of racing here, and that probably goes even more so for a driver of Leclerc’s experience. Similarly, Vettel was placed into a tough position once the game of “no you go first” started, and in favouring tyre temps over track position, he didn’t necessarily make the wrong call. It’s just for once this season, it would be nice if a weekend went smoothly – as it is, we’ll have to wait a little longer.

Fascinating to see Leclerc’s reactions to his own mistakes both here in Baku and in China. It’s a fine line between healthy expectations and excess pressure on oneself, and you could certainly make the argument he’s on the wrong side of it.

The usual Ferrari drama aside, congrats to Bottas for his first back-to-back poles since Brazil-Abu Dhabi in 2017. Now the only question is whether a Merc can actually hold its lead off the line for once.

A big well done also to Antonio Giovinazzi, whose P8 to Kimi Raikkonen’s P9 represented his first victory in their qualifying head-to-head this season. Unfortunately, he’s still taking a 10-place grid penalty, but if there’s any track where that can be made up in an instant, it’s probably this one.

With the weather conditions and the amount of tyre degradation that we expect for the race, the theoretical quickest pit-stop strategies predicted by Pirelli for the Grand Prix are as follows:

HOWEVER, there is a very wide pit stop window here: effectively from lap 15 onwards, so these numbers can be considered only as a guide. As we’ve already seen this weekend and from the past, the strategy can be heavily influenced by safety cars, but on paper a two-stopper is slower. 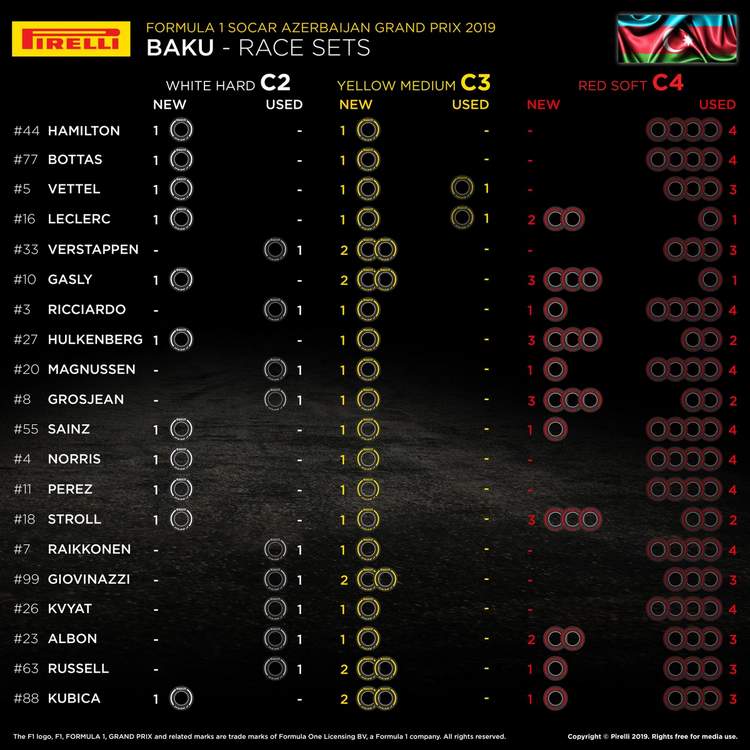