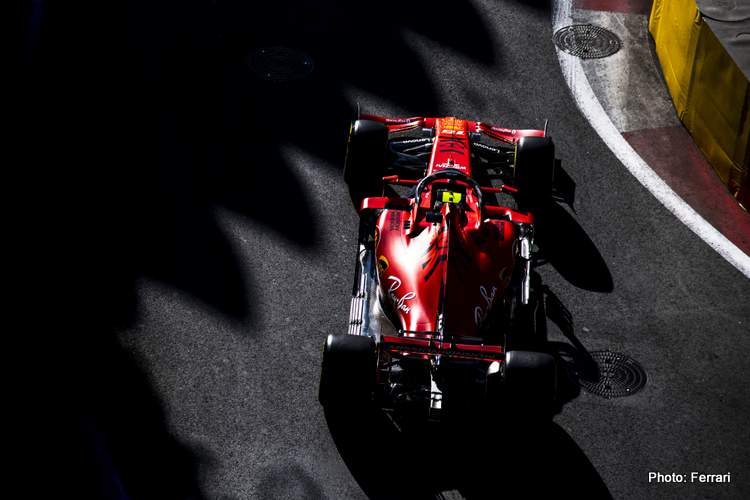 Ferrari driver Charles Leclerc continued to set the pace in the third and final free practice session of the Azerbaijan Grand Prix weekend ahead of qualifying at Baku City Circuit later in the afternoon.

Leclerc’s best effort of 1:41.604 was two-tenths up on teammate Sebastian Vettel suggesting that the SF90 is a handy piece of kit around the tricky street venue. The pair set their times in the final ten minutes of the one-hour session.

Red Bull’s Max Verstappen was third fastest, 1.2 seconds shy of Leclerc’s best effort. Whether there is more in the Honda Spec 2 engine will soon be known.

Mercedes appear to have their powder dry, as best of the silver pair was Valtteri Bottas in fourth, albeit a massive 1.4 seconds down on the top time. Lewis Hamilton was another tenth down in fifth.

With one Honda-powered car in third, it was also a good showing for the Toro Rosso duo with Daniil Kvyat sixth on the time-sheets and teammate Alex Albon in eighth.

Splitting them in seventh was Kevin Magnussen in the Haas, with Racing Points’ Sergio Perez in ninth, followed by Kimi Raikkonen in the Alfa Romeo rounding out the top ten.

Notably, no Renault powered car was good enough for the top ten.

As for Merc keeping their powder dry… There is no way that they are only a couple of tenths faster than Toro Rosso – at least another second will be found by Q3.

The World Champions are sure to unleash what they have when it matters however, the big question is: Do they have the firepower to match Ferrari this afternoon? 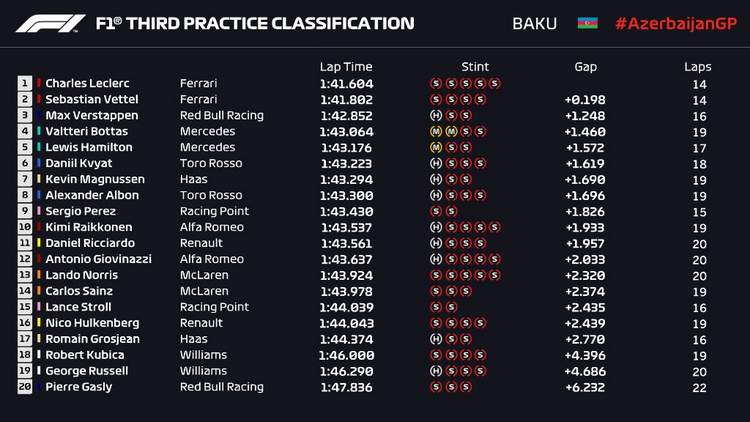