Toro Rosso: We remain positive for the rest of the weekend 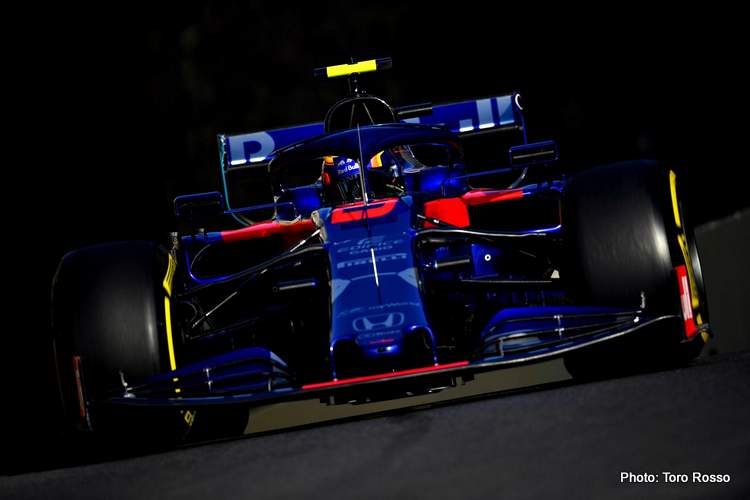 Toro Rosso report from the first day of the Azerbaijan Grand Prix weekend, Round 4 of the 2019 Formula 1 World Championship, at Baku City Circuit.

“It was quite a strange day, there was no running in FP1 besides an installation lap, then in FP2 something happened with the steering wheel, so we had to take a break to fix it. This meant we lost some important running and, consequently, I had to find the limits of the track very quickly on my next run. Unfortunately, I locked up and had an oversteer moment which led to some contact with the wall. On the positive side, the feeling of the car was very good before the accident, so we’ll keep pushing to improve even further tomorrow.”

“There was only one practice session today, but I think it was the right choice considering the safety risks. The car was quick straight away going into FP2. We did a good job preparing the car and we managed to put in some fast laps before moving to the high-fuel run, so it’s all looking good at the moment. We just need to fine-tune the car and I feel I’ve got more time to gain once I get to know the track better in a Formula 1 car.”

Jonathan Eddolls, Chief Race Engineer: “There is not much to report on FP1 after the Williams sucked up a loose drain cover, severely damaging their car and causing the session to be cancelled due to the necessary checks to the remainder of the circuit. Because of that, we had to compress two sessions worth of practice into FP2, which meant a very busy early evening session.”

“This is the smoothest track of the season with low tyre energy which, combined with a very dirty and dusty track to start, meant the track improvement was extremely high and made it incredibly easy to lock the front tyres. On Alex’s car, everything went to plan throughout the second session and we completed the programme, but extended low fuel runs on the Prime followed by the Option.”

“Alex was very happy with the balance straight out of the box, so we didn’t need to make any big changes to the car. The short run pace – something we have been working hard on to improve – also looked quite promising. Moving to the high fuel runs, he started on the Option tyres before fitting the Prime under the second Red Flag – graining didn’t appear to be a big issue on the Option and the Prime tyre seemed quite robust.”

“Given there was two Red Flags, we didn’t get as much long running as we would have liked, but from the limited data we gathered the car looks to be working well on high fuel load too. As for Daniil, he had a much trickier FP2: on his baseline run he reported he felt the steering wheel to be harder than usual, so we decided to change the power steering.”

“This meant he lost his first new tyre run, leaving his only new Option tyre run of the day – which is the most important run of Friday – as his first proper lap of the weekend. He got up to speed very quickly and was looking very fast, the sixth quickest car of the day, but unfortunately had a front-lock entering Turn 7 and lost the car on exit, hitting the wall and bringing out the Red Flag. Although he didn’t get as much running as he would like, we remain positive for the rest of the weekend given the balance and pace of the car.”

Toyoharu Tanabe, Honda F1 Technical Director: “Today, as planned, we ran new Spec 2 PUs on all four of our cars. It was a reasonably productive Friday, apart from the fact we acquired less data than we would have liked, due to the very limited running in FP1, but the conditions are the same for all teams.”

“The Baku circuit, with its long straight and tight sections is an interesting challenge for the PU, especially in terms of engine management and getting the right chassis set-up is also a complex task. Today we worked through a programme to find the best settings to ensure we get the most out of the PU for qualifying and the race.”

“Apart from our usual Friday evening work, we will be taking a close look at all the PU components on Kvyat’s car to check for damage following his crash in FP2.”