Hamilton: I understand how Leclerc feels 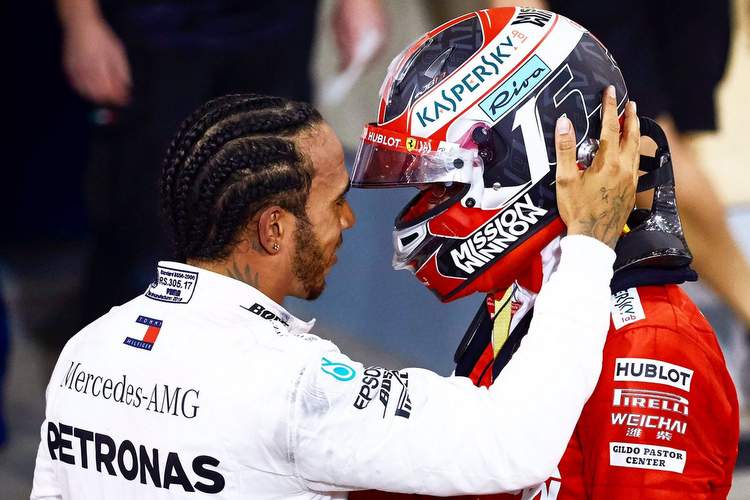 Lewis Hamilton says Formula 1 rival Charles Leclerc’s talent is being “dimmed” after Ferrari asked him to move over for teammate Sebastian Vettel.

Hamilton compared Leclerc’s situation to his own debut season at McLaren in 2007, when he was alongside then-reigning champion Fernando Alonso. That year ended with Hamilton and Alonso losing the world championship by one point to Kimi Raikkonen amid an acrimonious feud which led Alonso to quit McLaren.

“I wanted to win as soon as possible and I wanted to beat the champion I was racing against, so it’s very, very similar,” Hamilton said. “I see much of myself in Charles and he’s doing a great job so far with really high expectations at a huge team like Ferrari.”

Forcing Leclerc into a support role for Vettel could smother his true skill, Hamilton added.

“I can understand how Charles feels because in his heart he believes he’s the best, or got the potential to be the best, and it’s almost like having your light dimmed,” he said.

“So, as a racer, as a fierce competitor, you naturally kind of rebel. They say to do one thing, but the fighter in you wants to push the other way.”

Leclerc, who earned a move to Ferrari after an impressive rookie season with Sauber last year, said he will accept team orders “depending on the situation.”

The racer from Monaco said he’d spoken with the Ferrari team about future orders. “At the end, they have a lot more data on the pit wall than I have in the car,” he said. “We will see in future.”

Leclerc is still looking for his first win after an engine fault cost him victory in Bahrain last month.