Baku FP2: Leclerc on top as Ferrari set the pace 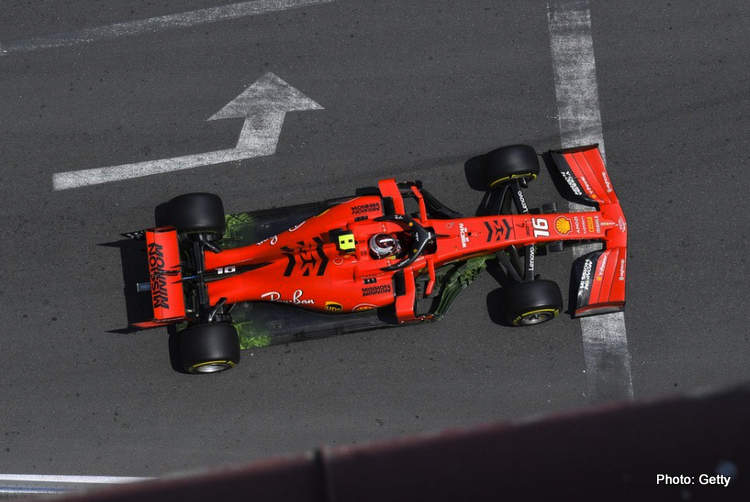 They may have reigned him in on more than one occasion, but Ferrari driver Charles Leclerc is clearly not fazed as he set the pace in the second and only free practice session on the first day of the Azerbaijan Grand Prix weekend.

Next up was Lewis Hamilton, the world championship leader seven tenths shy of the top time, but half a second up on Mercedes teammate Valtteri Bottas in fifth.

Red Bull’s Max Verstappen was fourth fastest, splitting the Mercs and half a second up on Pierre Gassly in the sister car.

Daniil Kvyat was sixth fastest in the Toro Rosso, but a crash-marred his session.

Fastest of the Renault quartet was Carlos Sainz with the seventh fastest time, 1.3 of a second down on Leclerc’s benchmark effort.

Alex Albon was eighth as Honda had all four of their cars in the top ten.  Lando Noris was tenth fastest in the McLaren. 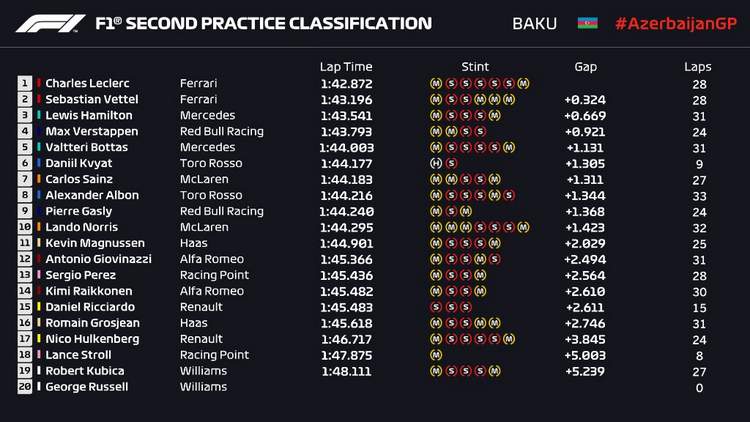