Wolff: We know that we need to keep pushing 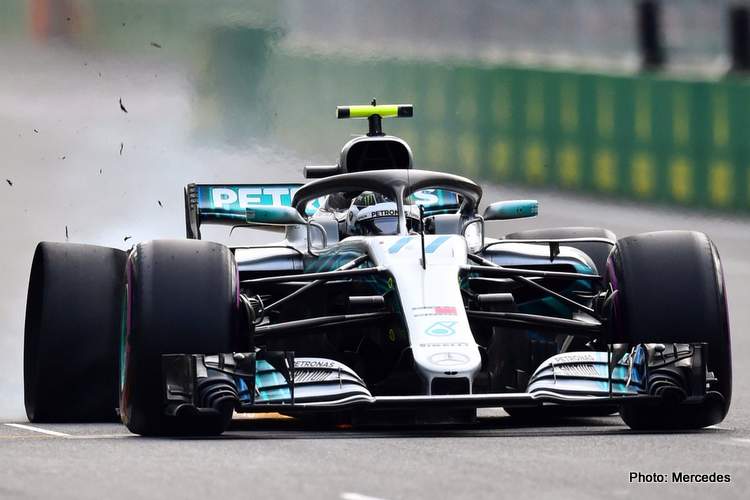 While Mercedes have finished one-two in the first three races of this season, team chief Toto Wolff is not taking the foot off the loud peddle insisting ahead of the forthcoming Azerbaijan Grand Prix that his team will be pushing as hard as ever.

Quoted in the team preview ahead of the weekend in Baku, Wolff said, “Three one-twos in the first three races represent a fantastic start to the season. We were able to maximise our opportunities, although we didn’t always have the fastest car.”

“The team has done a very good job and performed strongly in every department, the double-stacked pit stop in Shanghai is just one visible example of many that are happening every week at all levels of the team. But we know that we need to keep pushing.”

Last year’s race in Baku was drama-packed, with Valtteri Bottas losing the race when he suffered a puncture while leading and had to watch his teammate Lews Hamilton win the race and collect the big trophy that almost had the Finn’s name on it until fate decided differently.

Wolff continued, “The next stop will take us to Azerbaijan where we’ve seen some very entertaining races in recent years and I’m sure that this year will be no different.”

“The layout of the track presents unique challenges and it will be interesting to see which team will find the best compromise to deal with the mixture of long straights and slow corners. Baku is not purely about performance, though, and staying out of trouble is also important for a good result in Azerbaijan.”

“Valtteri drove a strong race last year but a puncture denied him a well-deserved victory shortly before the end. He’s had a good start to this season and I’m sure he will be hungry to go for the points he didn’t get last year.”

“Unlike last year, Lewis heads to Baku leading the Championship and will undoubtedly be looking to repeat his win from 2018,” added Wolff.