Alonso: Good to be back and feel the magic of Indy 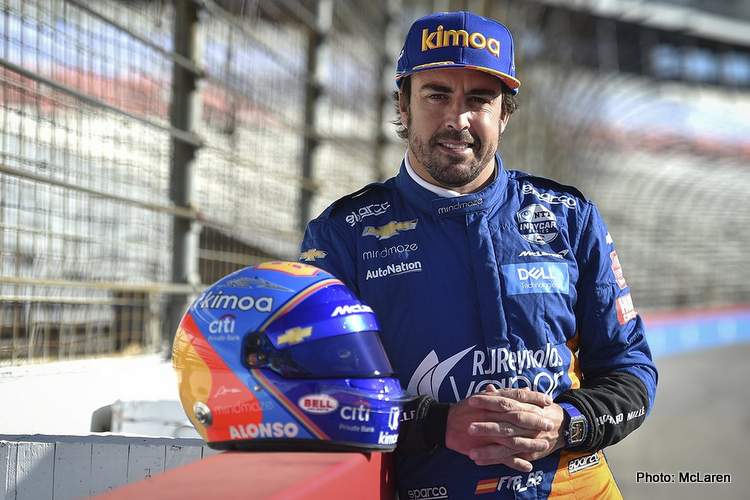 Former Formula 1 world champion Fernando Alonso was happy to be back at the Indianapolis Motor Speedway despite a tough opening test on Wednesday when his McLaren Chevrolet ground to a halt after a quarter of a lap in his first practice run.

The Spaniard, a two-time F1 World Champion who will be racing again at the Indianapolis 500 on May 26, said hiccups were to be expected as he adjusts to a new car and a new team after retiring from F1 at the end of last season.

Despite a four-hour rain delay and an abbreviated practice session, he said he was happy to return to The Brickyard, where he led for part of the race in 2017 before retiring with an engine problem.

“It’s good to be back and to feel again the magic of the place,” the 37-year-old told a press conference. “For us, obviously, we lost a little bit of time at the beginning,” he added of the electronic issue that cut short his first run.

“This was more or less expected because it was a brand new chassis and a brand new car. Everything fit in the last week and we expect to run slowly and step by step. Short runs at the beginning. It’s what we did.”

Alonso, who tested McLaren’s 2019 car in Bahrain earlier this month and said it was a step up from the one he raced last year in F1, said he was just happy to get a chance to get back into a racing seat.

“In any track time that you have you may discover issues with the car, you may discover things that you can improve as a driver — there is always learning especially for us with a brand new car. We need to check many things,” he added.