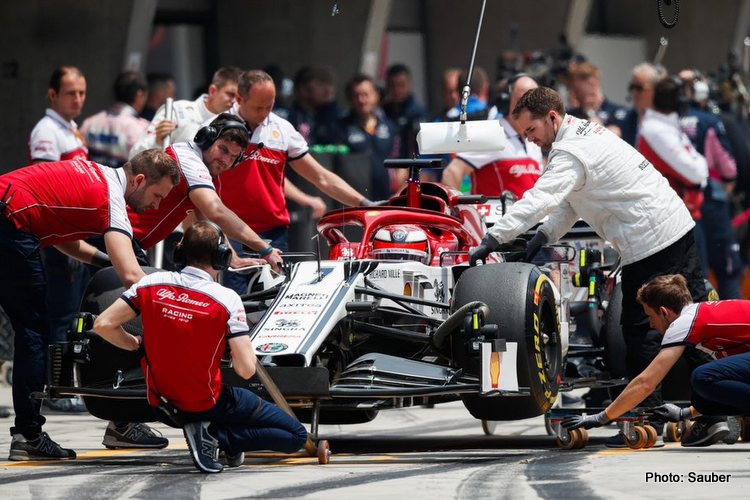 Oh Baku, Baku, how we love you.

But with the greatest respect, even if Baku is apparently one of the most beautiful cities of the world, even if the capital is located a record 28 metres below sea level, which makes it the lowest lying national capital in the world and also the largest city in the world located below sea level (one quick sidebar thought though: if high altitude in Mexico means less power due to less oxygen being available, does this mean our car will have more power in Baku?) and even if Baku is set to host the final of the 2018-19 UEFA Europa League Football final, there is only one thing which comes to mind and makes us smile when we travel to this particular part of the world:

The gloriously cheesy Eurovision Song Contest is what we think of and boy would we be happy to get 12 points from the Azerbaijan Grand Prix.

No matter if you’re in Baku or not, please keep your fingers crossed for our drivers Kimi and Antonio, and maybe we find the way to everyone’s musical hearts by revealing their favourite race-prep songs here:

Whilst with Kimi the clue is in the name, as he loves to listen to Kari Tapio and his song “Paalupaikka”, which translates into “Pole Position” in English (and surprisingly contains of a lot of words!!!), Antonio gets pumped up by listening to the Scorpion’s “Rock You Like A Hurricane” , which coincides with Baku’s famous nickname “City Of Winds” ( and no, not that kind of wind).

See you in Baku!

Your Alfa Romeo Racing Team: Frédéric Vasseur, Team Principal Alfa Romeo Racing and CEO Sauber Motorsport AG: “I normally don’t spend much time in overanalyzing previous races – I look forward and work hard on how we can come back even stronger – but after three races it makes sense to reflect on our performance so far. We’ve scored points, which is great, the car showed great potential, but at the same time we faced some technical issues and tricky situations.”

“Kimi is doing a great job, his feedback to engineers is as precise as it can be and as soon as he sits in the car he gets the job done. Antonio so far couldn’t show his real potential, but that’s completely down to the team.”

“Some technical issues and therefore missed track time meant that he could never get comfortable and get the best out of the car, but especially in Australia in Q1 he showed how fast he is. Everyone just needs to be a bit patient and I’m sure he’ll come around.”

“Baku means crashes and safety cars and overtaking so you’ll never know what to expect from the race, but our target is clear: we’ve put a lot of work into the development of our performance since the race in China so we want to finish in the points with both cars.”

Kimi Räikkönen: “I generally don’t like to make predictions, especially in Baku as anything can happen there. In principal our performance is strong, the car is fast, but we constantly need to improve in order to establish ourselves as best of the rest and score as many points as possible.”

Antonio Giovinazzi: “Next to training I also watched fellow countryman Fabio Fognini win the ATP Tennis Masters in Monte Carlo on Easter Sunday, so I’m going to Baku pumped up and with some good vibes. I have very good memories as I won two races when I drove in GP2, I like the track and I hope that I can improve my performance and get the maximum potential out of the car.”