Kubica: I can’t do things George is doing, so it’s very strange 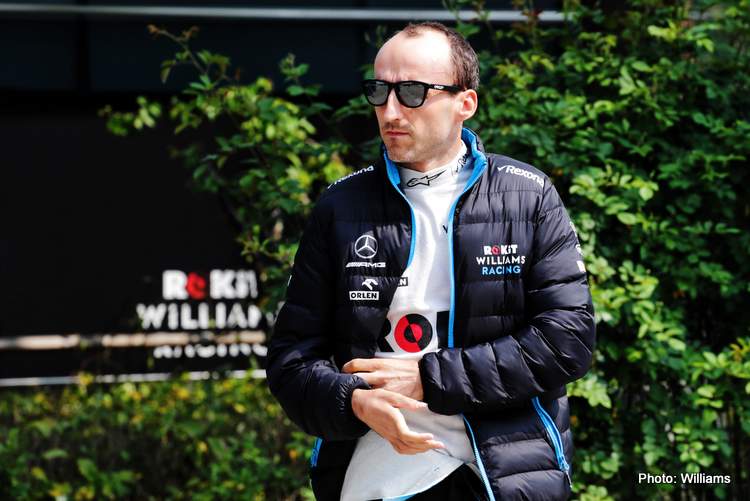 Of course, there is an argument that a seat in Formula 1 is the holy grail of our sport, with this in mind Robert Kubica conjured one of the most remarkable comebacks in sport as he found the budget and gap to return with Williams.

The popular Polish driver knew what he had signed up for when he inked the deal with PKN Orlen’s $15-million ‘ticket’ for a seat with the once all-conquering race team which is now a shadow of its former self.

Is trundling around wrestling a fragile heap of design nonsense, three or more seconds off the pace really worth what he has been through to get to F1? They are so out of contention that they might as well not be there.

Coupled to all this is the fact that the team have no solution to resolve their crisis, and as a result there has been scant progress and his comeback dream is starting to take a macabre turn.

In an interview with the official F1 website, Kubica spoke of dilemma, “For whatever reason, since I drove the new generation cars I had to work on my single-lap pace, but on the long runs I was always very good. Since I drove this car – my first long run was in Australia – but the pace is nowhere and the feeling is much worse than I ever had on long runs. I have no grip.”

“I managed to do something in qualifying because the grip delivered by the tyres is much higher, but I cannot do the things that the guys in front are doing, or even George, so it’s very strange. I really tried everything but when you have no grip, there’s no magic in the sport.”

“I have no race pace against my teammate. And when you see exiting corners you are wheel-spinning and losing the car and he’s pulling away… I’m not saying it’s the car, but there’s something we have to understand.”

“I have very poor traction and actually, after the debrief, George said the traction was not so bad. It’s not only the car. There are different factors, but that’s how it is,” explained Kubica.

In other words, the Pole is saying that his piece of kit is not quite the same as what teammate George Russell has at his disposal and it would be hard to disprove him until they swap cars.

And, indeed, if Williams are struggling to put one chassis out on track, maybe the second one is a patch-up job. We also know from Kubica that even spares are scarce.

Nevertheless, he knew at the time of signature that Williams had a very bad car in 2018, but like most in the paddock, he probably did not expect that Paddy Lowe’s second effort would produce arguably the worst F1 car in recent history.

It was a gamble that has backfired at a grand cost.

Big Question: Is Robert wasting his time and PKN Orlen money with Williams this year?