Hulkenberg: We need fixes rather sooner than later 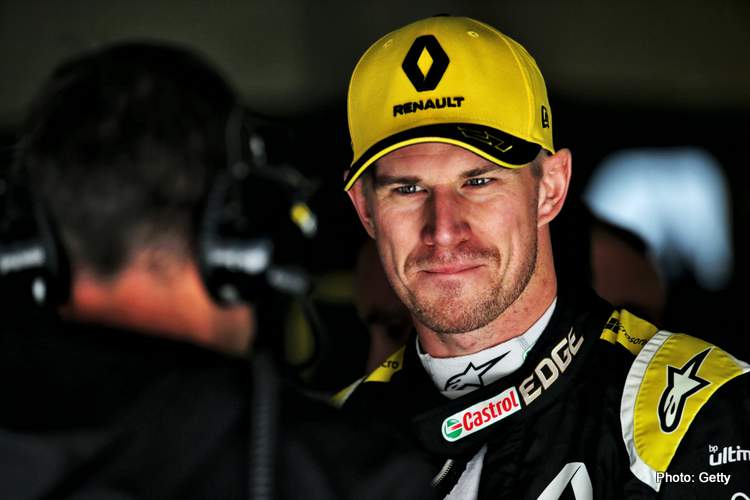 Renault chief Cyril Abiteboul boasted ahead of the 2019 Formula 1 season that his team were now ready to edge into the domain of the Top Three, podiums were in their sights as he expected a leap in the pecking order based on the data he had before Melbourne.

However, its been a hugely disappointing, and even embarrassing, start to the year for Renault.

Memorably, the McLaren of Carlos Sainz was the first car to park this year, when he was forced to stop at the entrance of his pitlane with a Renault PU puffing its final breath.

For the record the best finish for a Renault powered car so far this season was sixth place in Bahrain by McLaren’s Lando Norris.

Things are also not looking good for the works team.

Their best qualifying to date was seventh, with Daniel Ricciardo in Shanghai, but prior to that, he had two DNFs, one for his own mistake in Melbourne, and the other a PU failure on lap 53 of the 57 lap race in Bahrain.

Hulkenberg’s side of the garage has a similar tale of woe to tell. After qualifying 11th in Melbourne, he did well to convert that into seventh place. But two weeks later at Sakhir he failed to make it out of Q1 and then in the race his PU expired, bizarrely, at the same time as his teammate’s!

In China, the German’s race was brief, 16 laps completed before an “MGU-K related problem” sidelined him for the second race in a row.

Speaking to Sky F1 after the disappointment in Shanghai, Hulkenberg said, “We really have to get on top of these things, because we’re costing ourselves results, experience and points. We know that we have homework to do on that side. We need fixes rather sooner than later.”

The final sentence indicating something is ‘broken’ with their package and that solutions have not been forthcoming. A message to his boss perhaps?

Whatever the case, the reality of modern F1 is that there is unlikely to be a quick fix, as the gulf between the French outfit and the benchmark pace is so huge that the gap is unlikely to be reduced any time soon, if ever.

Recalling Australian Grand Prix qualifying, Hulkenberg was fastest of the Renault duo in 11th but a massive 2.1 seconds slower than Lewis Hamilton’s pole-winning time. In China, Bottas was 1.4 seconds quicker than the Renault boys.

Nevertheless, Hulkenberg is content with the French team and remains optimistic, “I’m in a good position with Renault and hopefully we can collectively improve this car and as a team really get to the front by next year or two years’ time.

“Certainly I’m having a good time. I’m enjoying myself and I’m in a good position. Of course, I would love to battle for victories and be up the front but it’s always about where can you be, what are your alternatives.”

“Just being out there racing and competing with the other guys, racing, it’s good fun and it’s very enjoyable at the moment.”

As for his new teammate, Hulkenberg ventured, “Daniel still needs to get used to the car, to the team. It always takes more time than you think, especially when you come from a better car to a slightly worse car because things are different.”

“It’s a different kind of mindset and battle in the midfield than up the front. He’s still getting used to it, finding his feet but I have no doubt he’s going to give me some trouble very soon,” added The Hulk.

It is worth remembering Renault has an illustrious F1 pedigree, with their engines winning 12 world championship titles, only bettered by Ferrari with 16 to their name. And with 168 wins the French manufacturer lies fourth in the all-time standings.

At the helm of the equipe right now is Cyril Abiteboul, who lamented recently, “These problems are increasingly frustrating and unacceptable as both cars have shown very good competitiveness both over one-lap and race runs. We must react and shift our focus on reliability.”

This from the man who, in February, boasted about the big step forward his PUs had made, “It is the biggest we have ever done since the V6 was introduced. It’s the most productive winter we have ever had in terms of engine performance.”

Credit to him for scooping Ricciardo from Red Bull during last year’s Silly Season, no doubt lured hbyt assurances of podium contention, but the team that Abiteboul has assembled are simply not delivering.

Time will tell when the collective patience of the Renault board runs out with the man in charge who has been long on rhetoric promises but short on delivery where it matters.

Now, with a big hitter like the Australian in the line-up and Hulkenberg a match for the Aussie, there is nowhere to hide for Abiteboul and the team he has built.

Big Question: Is Cyril the man to lead Renault back to F1 glory?