Vettel: Our car is working, there’s nothing wrong with it 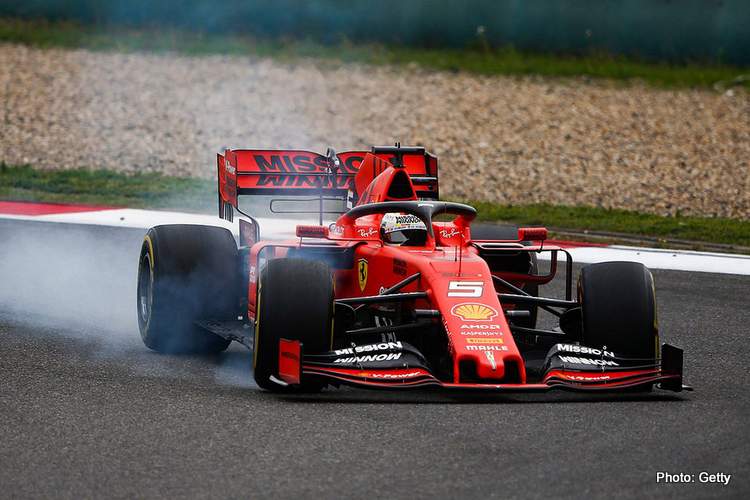 With Ferrari and their number one driver Sebastian Vettel on the back foot, after three rounds of the 2019 Formula 1 World Championship, it appears that despite the deficit to the pacesetters and archrivals Mercedes there is hope.

At least that’s what Vettel told Sky F1 after the Scuderia’s fiasco in China, “I think we still have a good car and we’re not able to unlock it completely.”

“We’re learning a lot, more than recent years in terms of what we’re missing. It’s good to get a lot of laps in a row to feel the car and hopefully, soon we will be able to find what is causing, let’s say the weakness at this stage, to catch up.”

Most believed Ferrari had the better package heading to Australia, instead they are lagging behind at least 0.3 seconds off the benchmark Mercedes pace in qualy and race, the more pessimistic pundits put the gap at seven-tenths or more.

Apparently, the four-time F1 World Champion is not concerned, “I think we can be very happy with where we are on the engine side. It seems to be strong. I think overall our car is working, there’s nothing wrong with it but I think it’s just about placing it in the right window and then being able to extract the performance that the car has.”

“[Performance] seems to be there somewhere but at the moment seems to be a bit more difficult to find where it is, to be able to be a fair match to Mercedes at this point. Obviously, the three tracks we’ve been to now are quite different.”

“But I think we start to see a sort of pattern and understand what – especially throughout a grand prix distance – understand what we need, what I need, to really unlock this car. I think these couple of weeks and the next weeks will be very important for us to understand where we need to go in the next months.”

While Ferrari dig around to “unlock performance” from their package, Mercedes have found theirs (probably never lost it) and have scored three successive one-twos for the first time since 1992 when Williams, at their mightiest, accomplished the feat.

While the Reds fumble around for the magic button, the Silver Arrows could go one better next time out if they do the double in Baku, probably better odds of them doing that than Ferrari bouncing back to the top step of the podium where Vettel has not been since August last year at Spa-Francorchamps.

Big Question: Seb’s car is working, there’s nothing wrong with it – so what’s the problem?