Hakkinen: Ferrari should not care if Leclerc or Vettel wins 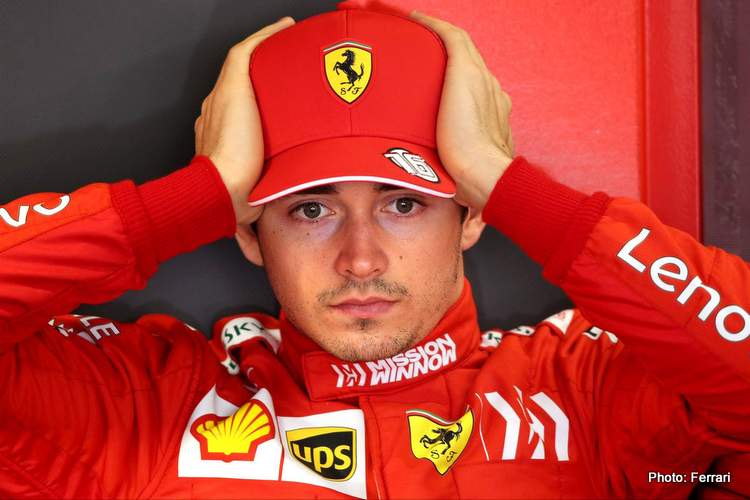 Mika Hakkinen has questioned Ferrari tactics which favoured Sebastian Vettel to the detriment of Charles Leclerc who was sacrificed twice in the race to aid his teammate during the Chinese Grand Prix.

As a result what might have been a third place and a first podium for young Leclerc turned to a highly disappointing fifth place, plus the hard reality that for now he is the team’s wingman. First, he waved Vettel past, and then later the #16 was used to aid his chasing teammate in a battle against… who knows?

In his latest Unibet column, Hakkinen also questioned Ferrari’s actions on a day on which they again were severely trounced by Mercedes, “Charles Leclerc made a better start to the race than Ferrari teammate Sebastian Vettel and should really have been allowed to get on with it and take the fight to Bottas if he could. Instead he was asked to slow down and let Vettel past, which looked like a mistake.”

“When you have a team as strong as Mercedes to beat there is no point playing games; Ferrari needs to stop focussing on themselves and start concentrating on beating the competition. In the battle to beat Mercedes no one should care whether it is Leclerc or Vettel who wins the race.”

“I think Leclerc was right to be upset, because the subsequent strategy managed him back into fifth position, behind Max Verstappen’s Red Bull.”

“Vettel and Leclerc have the potential to be the strongest competition to Mercedes every weekend, but they need to give the drivers the support, flexibility and focus to do that. Forget about team orders, concentrate on the team winning.”

“Three races into 2019 and, in spite of Ferrari having the strongest engine and a good package, Mercedes continues to dominate. The mistakes of the other teams are helping them, and we must hope that Ferrari and Red Bull Racing can deliver a more consistent challenge in the races ahead.”

Heading to Baku next weekend for the Azerbaijan Grand Prix, Hakkinen explained, “Leclerc is Formula 1’s ‘man of the moment’ and, after suffering the frustration of losing the win in Bahrain due to technical failure followed by the team orders in China, he will be pushing hard for victory.”

“He finished last year’s [race in Baku] in sixth place for Sauber, and in 2017 he qualified on pole position for the GP2 race and won the Feature Race,” concluded the double F1 World Champion.

Big Question: How should Ferrari tackle the Seb-V-Charles problem?