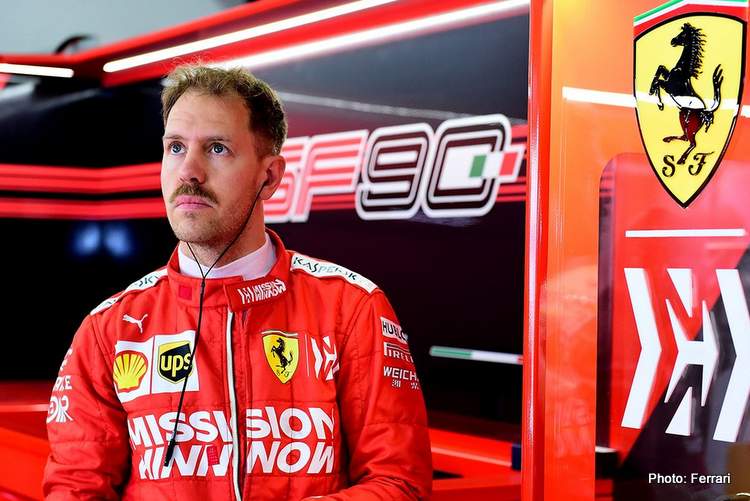 The 1000th Formula 1 race in China was a dull one to say the least as Mercedes powered to their third successive one-two while their rivals trip up in their wake.

F1’s Managing Director Ross Brawn casts an eye over the big moments in China, pointing to the potential for some tough choices to come for Ferrari, another standout drive from one of this season’s talented young rookies and to the immediate success of the sport’s latest battleground – the fascinating tussle for the fastest lap of the race and the bonus point it brings.

A thousand reasons to celebrate

It was an historic weekend for Formula 1. Celebrating the milestone of 1000 races is quite amazing, and is proof of this sport’s deep roots, not just in the world of motorsport, but it is also significant that it took place in China, as this is one of the new frontiers for Formula 1.

It’s true that the sport, which we have loved since we were kids, has its roots in Europe on tracks like Spa, Silverstone, Monza and Monaco, which have been figured heavily on the calendar since the sport’s first season in 1950, but Formula 1 is now a global sport and China is a venue that has the greatest potential for growth.

That fact was evident this weekend with a 10% increase in the crowd, with 160,000 turning up over the three days. The downtown Shanghai Heineken F1 Festival was also a great success, bringing the sport closer to people who possibly had no previous interest in Formula 1. They got a real feel for the excitement of being near these cars on the streets of the city.

Now we start another ‘millennium’ but more importantly, we are in the crucial phase of defining the future of this sport. Along with the FIA and the teams, we are listening to what the fans have to say as we put together all the pieces of the jigsaw. We hope that like the 1000 pieces we have put together so far, that it will continue to enthral millions of fans around the world.

On the subject of the fans, I was particularly pleased to see that the innovation introduced in partnership with the FIA for this season, that of awarding a point to the driver setting the fastest race lap, is beginning to have an effect.

The lure of an extra point, as long as it’s set by a driver who is in the top 10 at the flag, was driven by the desire to add a bit of spice to the final stages of a race, especially when the order seems more or less set.

China worked out just that way. The top six positions more or less decided, but with Pierre Gasly a healthy amount of time clear of Renault’s Daniel Ricciardo, his Red Bull team decided to exploit the opportunity that gap gave for a free pit stop. They pitted the Frenchman for a set of soft tyres and sent him on his way for a crack at the fastest lap.

It was great to watch the timing screens on the penultimate lap, seeing Gasly post personal bests in all three sectors to eventually steal the fastest lap from Sebastian Vettel.

Prior to Gasly’s stop, you could also listen to other drivers discussing their options in the closing stages with their team on the pit wall, even though none of them took any extreme risks. This was a rule invented to please the fans and I think that today we saw that it really works!

Three one-two finishes in the first three races in the championship hasn’t happened since 1992. Back then, it was Williams-Renault who were the dominant force, with Nigel Mansell and Riccardo Patrese at the wheel. It was down to a superior technical package in the era of active suspension, to the extent that Mansell brought home a further two wins before Ayrton Senna delivered one of his trademark miracle performances in Monaco, which momentarily interrupted an incredible run of wins.

However, despite the statistics being racked up by Mercedes, I don’t believe that 2019 will follow the same script as ‘92. The three consecutive one-two finishes scored by Lewis Hamilton and Valtteri Bottas are definitely down to a team that is operating to perfection at the moment, with a top-notch technical package, but it’s also fair to say it is up against stronger opposition than was Williams back in ’92.

In Bahrain a fortnight ago Ferrari dominated qualifying and save for the technical woes that derailed their efforts in the race, the team were heading for an emphatic victory with Charles Leclerc. In China, however, the performance pendulum swung towards Mercedes, as was the case in Melbourne.

Red Bull, especially in the case of Max Verstappen, are ready to pounce, proving that this year’s switch to Honda is so far beginning to show results. However, one has to accept that Mercedes can still draw strength from the fact it has been the dominant force over the past few years, as can be seen by the way it fought back last year when it seemed that Ferrari had pretty much caught up in performance terms.

Of course, I have nothing against Toto Wolff, Lewis Hamilton, Valtteri Bottas and the many friends I still have in that team, but I hope that 2019 won’t be a repeat of 1992. Whatever the outcome, I hope that the championship fight will be truly spectacular, as befits this sport.

And now let’s come to Ferrari. In Bahrain, the team had the performance but not the reliability. In China, the performance was not at a level to fight with Mercedes for pole on Saturday or the win on Sunday.

Thus, having come away from winter testing convinced it could fight the Anglo-German squad on equal terms, the Italian outfit found itself behind in both the Drivers’ and Constructors’ classifications and in the latter, the gap is already quite big.

Furthermore, Team Principal Mattia Binotto finds himself having to manage what is definitely a new situation for Ferrari, in the shape of two drivers fighting at a very high level. For now, Mattia is managing the situation well, dealing on the one hand with the talented young Leclerc, while managing the valuable resource that is Vettel, who as a four-time world champion has shown himself capable of dealing with pressure in the past.

This is definitely a tricky year for Sebastian and the podium in Shanghai will have been a confidence boost, while Charles has shown great maturity in accepting team decisions that are not easy to digest.

The first three races have confirmed that if Ferrari wants to challenge Mercedes everything has to be perfect at all levels: performance, reliability and teamwork. That’s what Binotto and his guys have to do and, knowing Mattia, I am sure he is aware of that and will devote all his energies to ensuring it happens.

Going into the season, Alex Albon was perhaps the least highly rated of the three rookies in the class of 2019.

George Russell was already part of the Mercedes family and while he is currently having to deal with the difficulties at Williams, he knows this experience is useful never the less. Lando Norris, meanwhile, is making progress with the new McLaren and has already delivered some strong performances.

And Albon, already in the points in Bahrain with a brilliant ninth place, in China he produced a second great performance, especially following the mistake that saw him smash into the barriers in FP3, requiring a complete rebuild of his car.

Getting to the points after starting from the pit lane is clearly an excellent result and a noteworthy performance that belies the fact this is only his third race. Quite rightly the fans voted him Driver of the Day. This tenth place will be an important step for him, boosting his confidence and that of the team in him, which is vital to help any young driver on the way up.