Bratches: We also want a street race in China 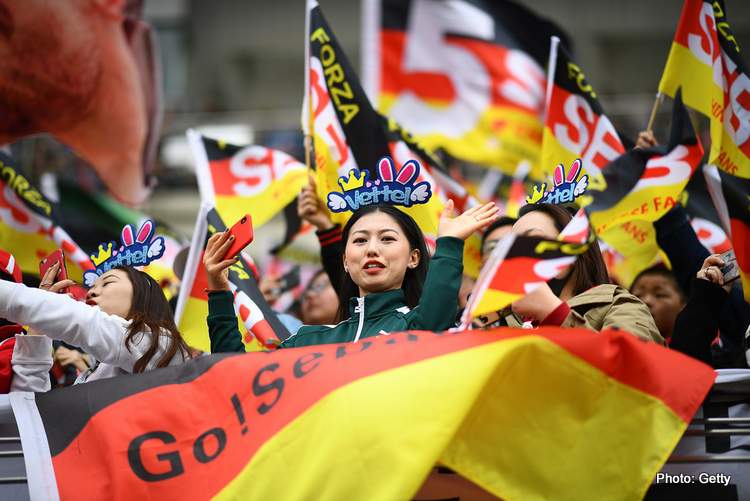 Formula 1 is in talks with six local governments in China this week about holding a second grand prix in the country, a senior F1 official told AFP, with a Beijing road race said to have been floated.

A second grand prix — most likely on the streets — would complement the existing one on the $450 million Shanghai International Circuit.

No country currently has two Formula One races, although F1 officials are negotiating for a second grand prix in the United States.

A source with knowledge of the matter told AFP that a race on the streets of the Chinese capital Beijing has been raised as one idea.

Sean Bratches, Formula One’s managing director of commercial operations, did not confirm or deny the road-race plan for Beijing when approached by AFP.

“It would be a nice juxtaposition to the purpose-built, extraordinary facility that we have here,” Bratches told AFP in Shanghai. “Our intent is to bring our show to the people.”

Bratches said Formula One chiefs will this week embark on a visit to six potential host cities in China.

“There’s meetings set up in each with government officials to talk about identifying a second city to host a grand prix,” Bratches said. “We think there’s an opportunity to grow from that perspective.”

Liberty Media, which took over Formula One in early 2017 in a multibillion-dollar deal, is wants to have more street races, believing that is the best way to attract new fans.

Next year, the bustling Vietnamese capital Hanoi will host an F1 road race, while on Saturday crowds watched China’s Zhou Guanyu drive a Formula One car in central Shanghai.

“If you want to elevate the brand to the casual fan and the non-fan to move them up the ladder to become avids, you’re going to need to… demonstrate and show to them what this sport is about,” Bratches said.

The shift to China, the world’s most populous country and home to a growing number of motorsport fans, has angered some traditionalists.

There was talk of moving the milestone 1,000th race to Silverstone, in England, the unofficial home of Formula One and which staged the first race back in 1950.

But staging it in Shanghai was apt, said Bratches, who says it will not be long until there is a Chinese driver and team in the sport, “It did not take us long to land on Shanghai (for the 1,000th race). We have no regrets about it and we’d make the same decision (again).”

Big Question: Does Formula 1 need another street race in China?