Perez: I saw a gap, went for it and it paid off 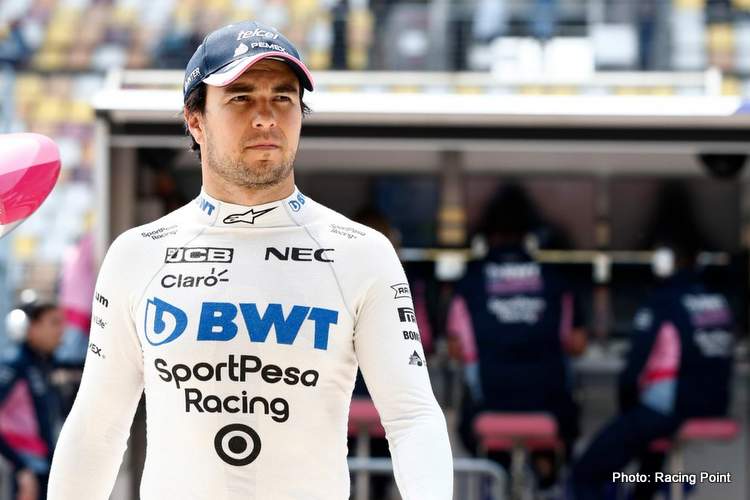 Racing Point driver Sergio Perez gave a masterclass in overtaking and composure under pressure when he powered from 12th on the grid to eighth place on track during the opening lap of the Chinese Grand Prix.

Watching the veteran Mexican’s clean moves through the field (see video Tweet below) was top order driving, picking his rivals off one at a time, while behind him chaos ensued through Turn 1 when Daniil Kvyat’s Toro Rosso torpedoed both McLaren’s.

Perez’s cause was helped when he managed to get good momentum off the start, into Turn 1 he edged ahead of Kvyat, then around the outside, he picked off the Haas duo of Romain Grosjean Kevin Magnussen.

Then he nearly snuck past both the Renault’s in one swoop, although he made easy pickings of Nico Hulkenberg, Daniel Ricciardo was more stubborn and nipped the position back.

Nevertheless, it was a ballsy opening lap by Perez to make up four places which, at the same time, sends a signal to some of his rivals that overtaking can be achieved without damage and drama.

Speaking to reporters after finishing eighth – the work mostly done within those first few miles of the race – he summed up his afternoon in Shanghai, “The start was fantastic: I saw a gap, went for it and it paid off.”

“Our race pace was good, we were able to maintain the pace and manage the tyres well. It wasn’t an easy race, though, because I was under pressure from Kimi for most of the second stint, which made it more difficult to look after the tyres and keep up the pace.”

“It was the same with Daniel ahead of me – I think he was working hard to manage his tyres because every time I got close to him he found the pace to pull away again.”

“This was never going to be our strongest track so it’s important to take opportunities such as today and keep scoring points. I think we have the potential to be stronger at the next race in Baku,” added the 29-year-old.