Vettel: I’m a little bit against the way you – all of you – work 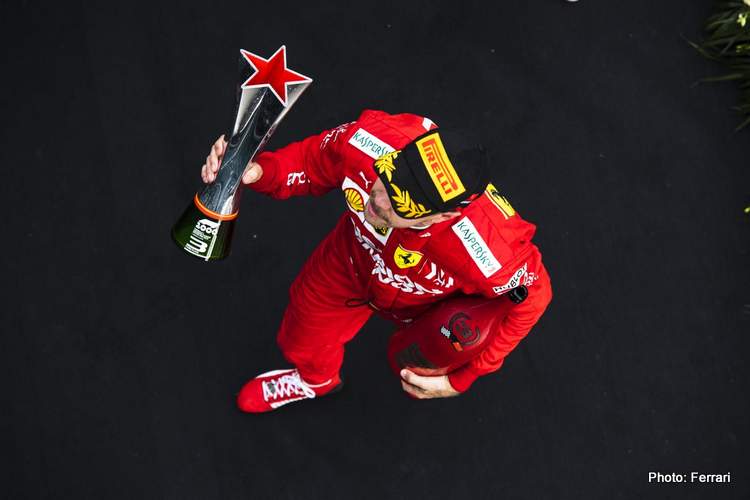 Sebastian Vettel had a stab at media during the top three press conference after the Chinese Grand Prix, claiming that what he says is misconstrued and gets lost in translation as reporters chase their own agendas.

After finishing the race in Shanghai third, Vettel was quizzed about the team orders that Ferrari gave to Charles Leclerc which gifted the German an eventual podium finish while his younger teammate was forced to move aside and then play wingman for the Scuderia, hence sacrificing a possible podium to benefit the sister car.

L’Equipe reporter Frederic Ferret asked if it was Vettel himself who asked the team to shift Leclerc aside and also how the four-time F1 World Champion felt about the command from the red pitwall.

He replied, “Well, let’s put it this way, I knew the moment it was happening that I would have to face these questions. Not sure I want to answer because I’m a little bit against the way you – all of you – work because you take bits out of answers here and there and put it into the wrong light.”

“So, if you ask me again in half an hour down in the paddock, maybe I give you a straightforward answer and you don’t write it down or record. Seems the way that, not maybe all of you but some of you are working.”

“Yeah, I felt I was faster in the car, I was asked if I can go faster. I answered that I felt I can. I was a bit surprised when I was in free air – not surprised but I was struggling a bit to put the laps together.”

“Once I found a rhythm, I was able to chip away – but yeah, obviously the objective was to try and catch Mercedes. At the point obviously the gap was already quite big,” explained Vettel after celebrating on the podium for the first time this year.

As for the plight his teammate the 31-year-old added, “It’s a bit of a shame he couldn’t get Max in the end. I was following the tower in the middle of the track and I was hoping for him to pip Max. I think it was very close. But as I said, plenty of homework for us. Nevertheless, it’s a good result but not a great result.”