Verstappen: We just didn’t have the pace to fight 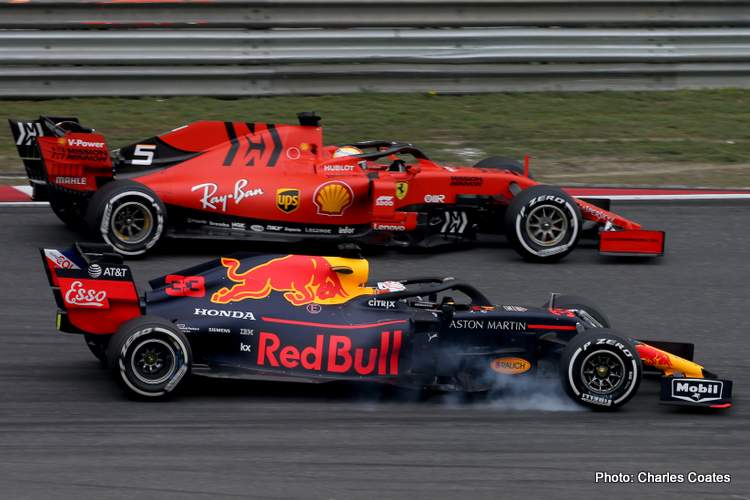 The prospect of success for the Red Bull Honda partnership was always going to be a long term plan, however, the road to the end of that plan is now being travelled and the reality is that while the Blues are lagging behind their rivals they may have only themselves to blame.

Previously it was easy and convenient to point a finger at their engine supplier Renault, right now they do not have that luxury as the team need to buckle up for the graft ahead while keeping their young charge Max Verstappen happy.

For now, the Dutchman is happy, as again he delivered a gritty performance to finish fourth, perhaps fortuitous as Ferrari messed up their strategy. Nevertheless, the Red Bull driver was there to pounce at the opportunity and is now third in the standings.

Verstappen said afterwards, “I think there was not much in it. I was pushing very hard to try and stay with them. As a team, we did a good job today to undercut a Ferrari and stay ahead as well. We maximised the result to be honest.”

“Every weekend is a bit of a guess what you are doing and how competitive you are as well. I had a good battle with Seb but even after that we just didn’t have the pace really to fight.”

“You just need to make sure that you run your own race. On the medium tyre it felt a bit better and Leclerc was luckily not fast enough to launch an attack.”

“We just didn’t have the pace” sums up what he intends saying. The malady might be a combination of the entire RB15 package (PU included) which is clearly having a laboured birth.

Worth noting is that last year in Shanghai qualifying the best Red Bull was a full second quicker than the best Toro Rosso, this year the deficit was only four-tenths of a second.

If you assume that the Renault and Honda engines are in the same ballpark right now, it stands to reason then that Adrian Newey has got the maths wrong on this year’s creation.

That there was or is a chassis problem is no secret, Red Bull team chief Christian Horner said as much after the race, “The chassis has made a big step forward. Honda have made progress on the straights. We still have that bit to find to the cars ahead but there is stuff in the pipeline that should help us in the near future.”

“Good strategy managed to nick a place ahead of Ferrari. They were probably a bit quicker in the race but I think strategy got us that position. Max has driven the wheels off the car all afternoon and good to nick the fastest lap off Sebastian right at the end with Pierre,” added the Red Bull team chief.

Big Question: How can Red Bull bridge the gap?