Binotto: If Charles is upset, he is right to be upset 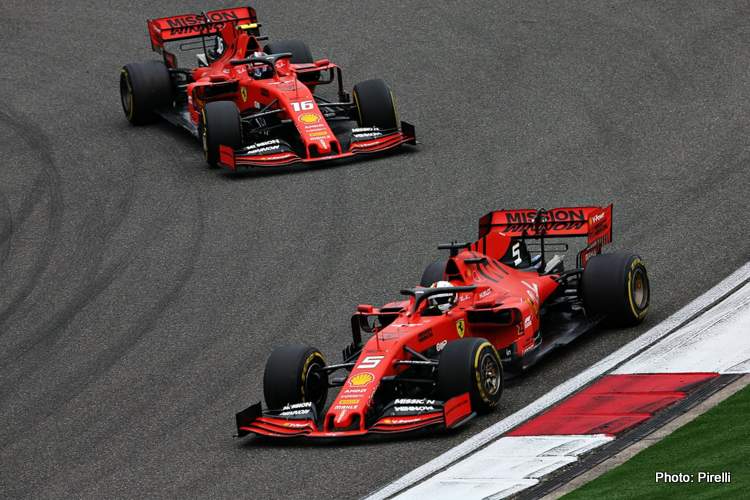 If there was ever a race in which a driver was offered up as a sacrificial lamb we saw it at the 2019 edition of the Chinese Grand Prix.

We watched live the lobotomisation of Charles Leclerc as he was ordered to allow teammate Sebastian Vettel through to try and attack the dominant Mercedes pair way up the road during a dull race in Shanghai.

It was a tough-to-swallow call for the young Monegasque who has done more than enough to justify equal treatment at the Scuderia, an organisation steeped in the tradition of team orders to favour their ‘chosen’ driver and right now that chap appears to be Vettel.

Ferrari chief Mattia Binotto was well aware of the impact of his decision and told Sky F1 after the race in Shanghai, “If Charles is upset, he is right to be upset. We should accept it, it’s a shame for him and next time maybe it will be to his advantage.”

“It was not to give an advantage to a driver. It really is the team trying whatever we could, It was an early stage but an important moment of the race.”

“I understand the feeling of Charles. It’s a shame for him but at that stage of the race Mercedes were slightly faster and we simply tried to give Sebastian a go and see if he could keep the pace of Mercedes,” added Binotto.

Ironically Vettel was not quicker when he was released by the #16 car and made absolutely no impact on the Mercedes dominance and, although the German finished third, he was over 13 seconds adrift of race winner Lewis Hamilton when the chequered flag waved.

Leclerc was somewhat rattled in the cockpit when he got the radio call but quickly composed himself and willingly became the designated wingman to protect his teammate by holding up Bottas, and then provided the slipstream to aid car #5 which was being reeled in by the hard-charging Red Bull of Max Verstappen.

“For sure there is an explanation behind this decision and I will understand it. I don’t know [if the call was made too early]. I need to look at the data and speak to the engineers to understand. I don’t want to make any silly comments.”

“Anyway, it has passed. It’s not been a great race for me but overall this weekend I’ve not been as strong as I wanted driving,” lamented the 21-year-old who might have been on the podium, but instead was kept out far too long on hard rubber and in the end fate conspired to relegate him to fifth place.

Of course, Vettel backed his team’s call, “I felt I could go faster but it was a bit difficult for me to find a rhythm and locked up, losing the advantage I gained.  I think it’s fair if you see the whole race that we were just not able to stick with Mercedes. It’s a shame he couldn’t catch Max at the end.”

Sky F1 pundit Nico Rosberg opined, “I think it was the right thing because it appeared like Vettel was quicker. In hindsight he wasn’t, it was just the DRS that was allowing him to stay so close with Leclerc.”

“It was the right thing to do to try it. But they then really compromised Leclerc’s race afterwards as he completely lost out to Verstappen and fell way off. That was not nice for him so it’s a really tough one for him,” added the 2016 F1 World Champion.

Big Question: Why was Charles sacrificed?