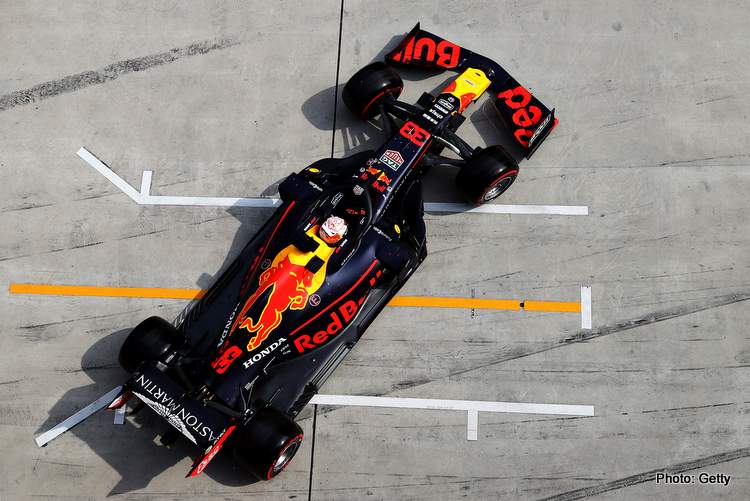 Formula 1 media chief Luca Colajanni looks back on qualifying for the Chinese Grand Prix, Round 3 of the 2019 Formula 1 World Championship, at Shanghai International Circuit.

Valtteri Bottas will have the honour of starting the 1000th Formula 1 World Championship race from pole position. The Mercedes AMG Petronas Motorsport driver was quickest in qualifying for the 2019 Chinese Grand Prix, after a thrilling duel with teammate Lewis Hamilton.

Seven thousandths of a second separated them at the end of the first run in Q3. The Finn then went quicker by a further 16 thousandths to post a 1.31.547, while the reigning World Champion could not improve and had to settle for second, on 1.31.570 from his earlier run on Softs.

Another tiny gap (17 thousandths) separates the two Scuderia Ferrari Mission Winnow drivers, who share the second row. Sebastian Vettel is third fastest in 1.31.848, with Charles Leclerc is fourth, admitting he had made a mistake on his final run.

The one-team-per-row theme continues, as next up come the two Aston Martin Red Bull Racing cars. Max Verstappen was fifth in 1.32.089, but he was very unhappy at missing out on his final run, when traffic meant he ran out of time in Q3.

If so far the grid order looks much as expected, it is more of a surprise to find Pierre Gasly in sixth, making his first Q3 appearance of the season in the other Honda-powered car. It will be a good confidence booster for the Frenchman, even though he is a considerable 841 thousandths slower than his team-mate.

The top ten is completed by four drivers, also lining up alongside their respective team-mates.

Row 4 belongs to the Renault F1 Team, with Daniel Ricciardo (1.32.958) ahead of Nico Hulkenberg by just four thousandths. The fifth row is home to the two Rich Energy Haas F1 Team drivers, with Kevin Magnussen ahead of Romain Grosjean: neither of them set a time in Q3, as they failed to cross the start line before the chequered flag, because of traffic.

It was the first time this season that the McLaren F1 Team has failed to get at least one driver through to Q3, while Daniil Kvyat in the Toro Rosso missed the cut by just two hundredths.

Sergio Perez, for SportPesa Racing Point F1 Team also ended his qualifying in Q2 and as for Kimi Raikkonen, in his third race with Alfa Romeo Racing, the Finn saw a run of 53 consecutive Q3 qualifying sessions come to an end. The last time he was outside the top ten dates back to the 2016 Hungarian Grand Prix.

Of the five drivers whose names are at the bottom of the timesheet, Lance Stroll was sixteenth for SportPesa Racing Point F1 Team, followed by the still struggling duo from the ROKiT Williams Racing team.

However, two drivers were left unable to even show what they could do: Antonio Giovinazzi had to abort his first flying lap in the Alfa Romeo F1 Racing car with a technical problem and Alexander Albon (Toro Rosso) could not take to the track, as his car was being completely rebuilt into a new chassis, following a heavy crash, from which he emerged unscathed, in the final moments of FP3.

The result of tomorrow’s race is far from certain, with the win more than likely to be fought out between Mercedes and Ferrari. However, Max Verstappen might have other ideas and could be in the hunt for a podium finish.

The top four drivers on the grid will start on the Medium Pirelli tyres, which theoretically means that a one-stop strategy is on the cards, even if making two tyre changes is more likely, especially for those starting on the Softs.

However, yesterday’s long runs are less indicative than usual, given the significant increase in temperatures seen today, when the track was 15° C warmer than during FP2 and the forecast is for more of the same tomorrow, even if unpredictable weather has often been a feature of the Chinese Grand Prix.

While qualifying was taking place at the Shanghai International Circuit, the first show run featuring Formula 1 cars took place on the streets of the city, in the shape of a Renault-powered E20 F1 car driven by Guanyu Zhou, the Chinese Renault F1 Team Development Driver and the Sauber C30 which was entrusted to the renowned stunt driver Jessica Hawkins.

The show was a great success, with thousands of fans flocking to the Xintiandi quarter. Also taking a keen interest was the Mayor of Shanghai Ying Yong in the company of Chase Carey, Chairman and CEO and Sean Bratches, Managing Director, Commercial Operations at Formula 1. It was further proof of the fact that Formula 1 is gaining in popularity in this vast country.