Leclerc: I think performance is there 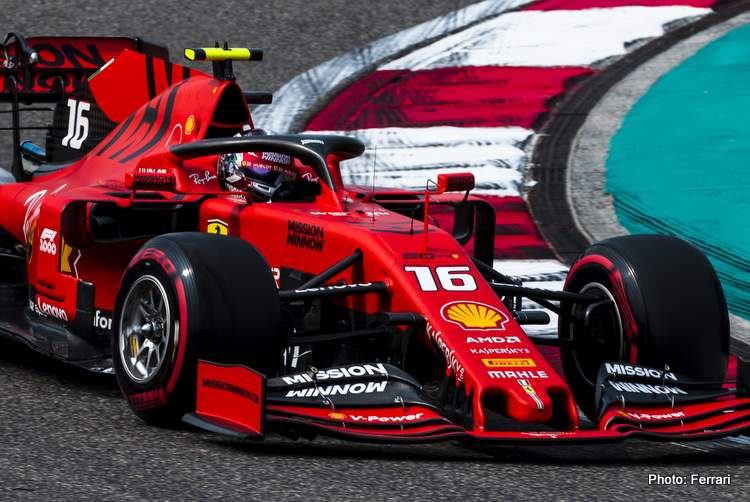 It was not an ideal first day in China for Charles Leclerc as he was plagued with a niggle that curtailed a chunk of his running as the Ferrari SF90 suffered a cooling issue during FP2.

But the young Monegasque was more concerned by the challenge that Mercedes and Red Bull might pose when things get serious in Shanghai tomorrow and on Sunday.

“I think it’ll be very close,” Leclerc predicted at the end of the day. “Mercedes and also Red Bull are actually quite close, so will be an interesting battle, well everyone is pretty close here. We definitely did not expect Red Bull to be so close, but it’s a good surprise, at least there will be some fight on track. I’m really looking forward to it.”

“FP2 was not great, we had to stop for further checks on something on the oil; we will check it but no big issues. In terms of performance, I think we are there. In FP2 I didn’t have a clean lap, so pointless to look at performance but overall I think I’m pretty happy with the car. Still some work to do on the balance here and there but should be fine.”

Although Leclerc only managed 13 laps in the 90-minute session (most rivals managing 30 plus laps) and a botched flying lap resulted in a relatively lowly seventh place.

He explained, “I just had traffic on my lap in FP2, then I had to abort, and with these tyres, you just get one lap. So it will be critical tomorrow in qualifying to do the first lap well because already from the second lap…”

“Well, we probably won’t get any second lap, but anyway in the second lap you drop off quite a lot with the tyres. No big deal — I think performance is there, and hopefully, tomorrow will be a good day,” added the Ferrari driver.