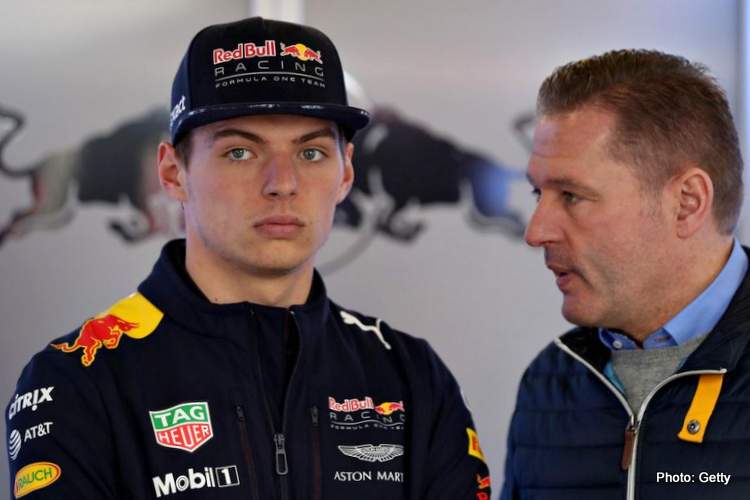 While his two drivers – Lewis Hamilton and Valtteri Bottas – gobbled up the first two rounds of the Formula 1 World Championship in an emphatic manner, apparently Toto Wolff is covering all his bases by keeping in touch with the Verstappens on a regular basis according to Red Bull’s Helmut Marko.

Beyond his current team, Max Verstappen’s options are obviously Ferrari or Mercedes, with the latter supposedly keeping the 21-year-old, and his father Jos, close enough to prompt speculation that a seat in the Silver Arrows, as early as next year, is a possibility.

Speaking to Auto Bild, Marko claimed, “Toto Wolff phones [Max] and his father repeatedly and has done so for months.”

It emerged last week that Verstappen has a performance-related contract that should keep him with the Blues until the end of 2021, but if the energy drinks outfit don’t deliver on specified targets with the package they avail the Dutchman, he could walk.

But Marko is not concerned, “I’m relaxed because the performance clause in Max’s contract should be safe, and he feels comfortable with us. If we provide him with a car capable of winning the F1 world championship he will stay. I am not worried.”

After the first two races of this year it became apparent that, although progress with the Honda power unit has been immense, they are still lacking in the horsepower stakes and not helped by the fact that the RB15 chassis has had growing pains.

Thus for Red Bull, Bahrain testing came at an opportune time, with Marko hailing the progress made over the two days, “Testing was very good and insightful, we’ve pinpointed the problems we had during the race weekend and can now take concrete action.”