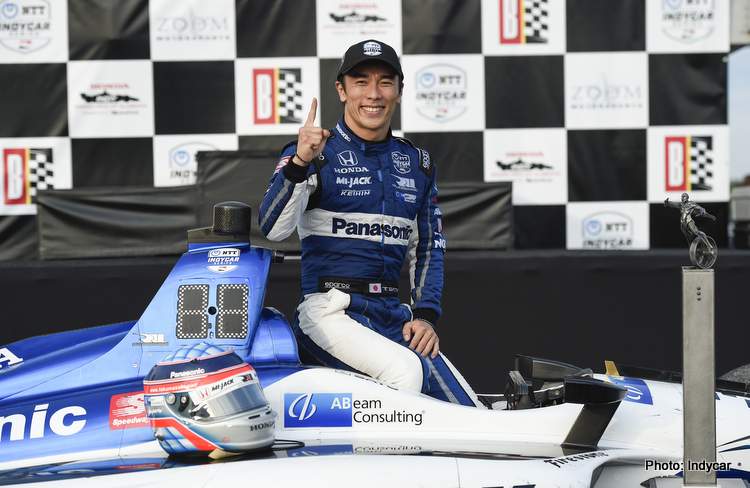 Takuma Sato had one “little moment” when his car went into the grass late in the race, other than that, the Japanese driver didn’t have too many worrisome moments at Sunday’s Indy Grand Prix of Alabama on his way to a fourth career IndyCar victory.

Sato, the 2017 Indianapolis 500 winner, became the fifth driver to win after starting on the pole at Barber Motorsports Park. He was in control most of the way, leading 74 of the 90 laps on the road course.

“Obviously, we come in here with the hopes, always,” Sato said. “(But we) honestly physically never really, really expected to be this much of a domination”

Sato had a late issue when he went into the grass and lost about a second off his lead. He quickly gained it back over the final laps to win by 2.4 seconds and called it “probably the cleanest race I ever won.”

He said he “had a little moment into the Turn 8” after going sideways there Friday.

“I decided nope, this time I’ll go straight because I knew I had to come back,” Sato said. He added, “Anyway, it was not necessary to give the little bit sort of heart attack to the body.”

Sato reclaimed the top spot on lap 58 of the 90-lap race after coming out of pit road. It was the 11th lead change, a record for the race. Sato didn’t give it up again despite his precarious moment when he managed to manoeuvre the No. 30 Honda through the grass and back onto the track.

“I saw it and I was hoping he went a little farther off,” Dixon said. “It was his race. He deserved it. That was the only thing he did wrong and he caught it. We tried to put pressure on him. It was actually quite tough to get close this year and I think that’s because the grip level was quite low.”

An ex-Formula 1 racer, Sato had become the first Japanese driver to win an IndyCar race in 2013 and the first to win the Indy 500 four years later.

He had never finished better than eighth at Barber.

Sato’s Rahal Letterman Lanigan Racing teammate, Graham Rahal, started second but ran into mechanical troubles. His car lost power on a straightaway to end his day after 55 laps, but the day was still a big success for the team. Sato won at Portland last year, his first with the team.

Bourdais navigated the 90-lap race with only two pit stops, not stopping until lap 28 — one shy of the team’s goal.

Newgarden, despite a rocky weekend. He rebounded strongly from struggles in practice sessions Friday and Saturday as well as qualifying. He has started the year with three Top-5 finishes and held onto his points lead. Dixon moved up to second and Sato to third.

Early throttle issues dropped Rahal back to 15th. Then his car lost power and stopped on a straightaway to end his race after 55 laps.

Rookie Colton Herta only made it 51 laps before parking with mechanical problems two weeks after becoming IndyCar’s youngest winner in Texas. He turned 19 on March 30.

The elder statesmen dominated after the youngster’s win. Sato is 42, Dixon 38 and Bourdais 40. “I was joking it was the geriatric podium.” 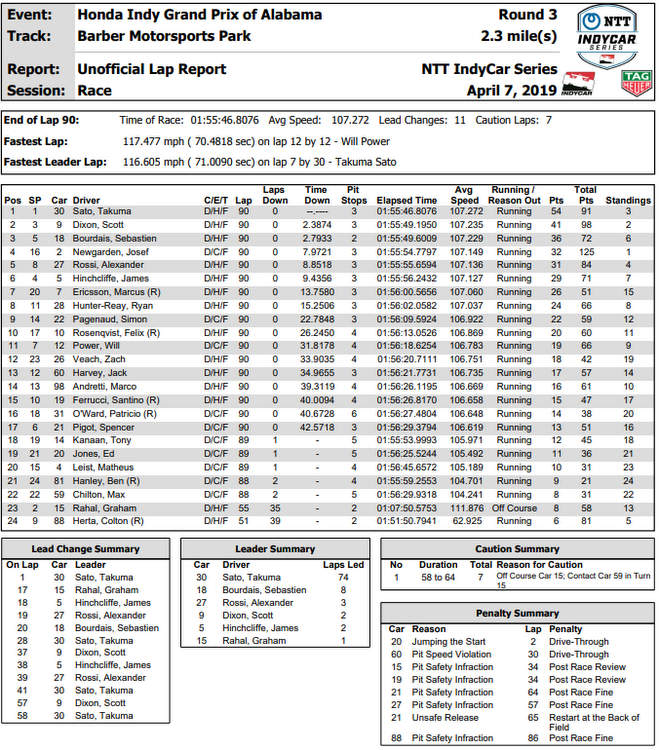