Norris: We took a couple of steps back to move forward 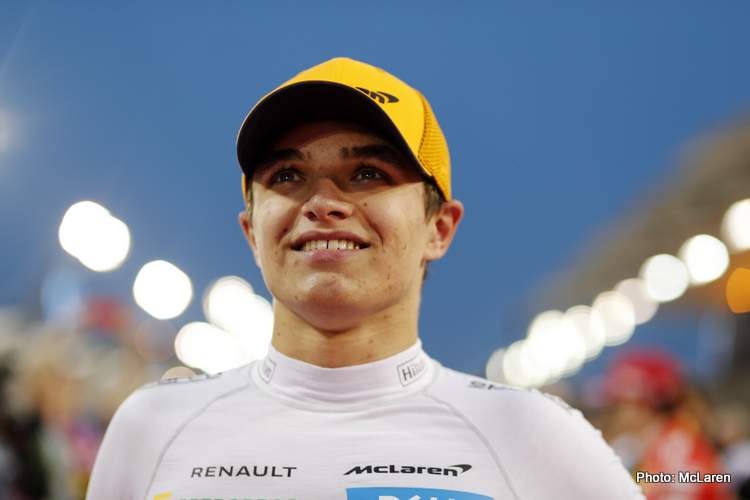 McLaren appear to have made a big leap in performance between seasons, adding to the positive start for the team is the blossoming of their rookie Lando Norris during his first two races in the top flight.

It was a well-calculated risk to bet on the prodigious talent, and he delivered on expectations as by ticking all the boxes during his debut in Australia and last weekend in Bahrain. The young Englishman looks has given his more experienced teammate Carlos Sainz something to think about.

In an interview with Sky F1, 19-year-old Norris was asked what was making the difference at Woking, to which he cheekily quipped, “The drivers.”

“We’ve tried to make it a bit more simple this year. It was getting complicated and there were so many things leading onto different bits, which wasn’t confusing but it was just becoming complicated.”

“In some ways, we took a couple of steps back to try and move forward, and we’ve given ourselves a better platform to start off,” explained Norris.

McLaren are undergoing a revolution spearheaded by team chief Zak Brown, heavy hitters James Key and Andreas Seidl are already wearing the team’s clothing and although their input into Pat Fry’s creation will have been limited at this point, there appears to be a new wind of optimism blowing through the MTC after years of anguish.

Norris pointed out, “[Morale] is definitely on the way up. The steps we’ve taken from last year to be consistent, two out of two times, in Q3, with two opportunities of getting in the points, and a P6 – I think from the outside, we do have a better trend than we did last year.”

After two rounds, the young McLaren driver is the top scorer of the four rookies on the grid, with Alex Albon also impressing at Red Bull and Antonio Giovinazzi still settling in at Alfa Romeo.

The fourth, George Russell, who beat Norris to last year’s F2 crown, who is plagued by the well below par Williams shows that no matter how good you are, without the right equipment a driver is doomed.

A few days after the Grand Prix at Sakhir in which he toiled all weekend way down the order in the Williams, on the final day of testing last week Russell stepped into the pace-setting Mercedes and was quickest of all.

Whatever the case, Norris has seized the moment and is rising to the occasion thanks to McLaren pulling off a minor miracle to produce a decent car for him to ply his trade and showcase his talent.

Big Question: Will Lando own Carlos this season?

Inside Line: Shout out to Zak Brown and McLaren