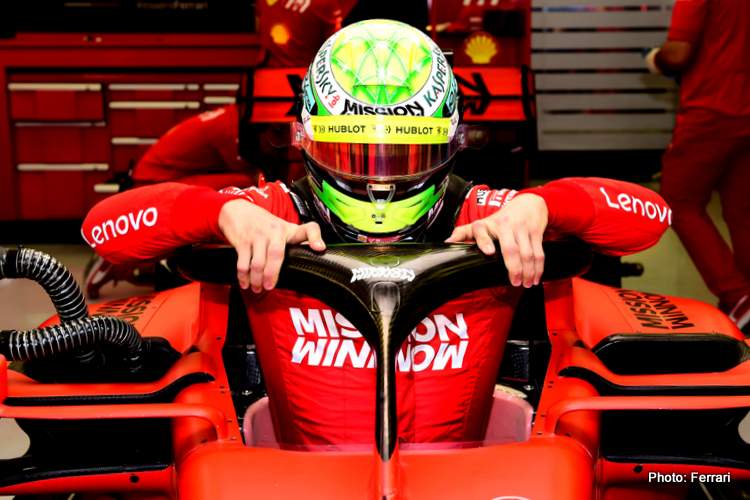 While the Formula 1 world hailed the arrival of Mick Schumacher on the big stage when he tested for Ferrari in Bahrain last week, one sceptic has emerged in former Maranello team chief Cesare Fiorio who is not impressed.

Young Schumacher, son of F1 legend Michael, set the second quickest time on his day in the SF90 and a day later was sixth fastest in the Ferrari powered Alfa Romeo. The German completed 126 laps driving an F1 car in an official test for the first time and by all accounts ticked the right boxes.

The weekend before he also made his Formula 2 debut with Prema, finishing eighth and sixth in the two opening races of the championship at Sakhir.

F2 has never experienced such interest as more TV stations are taking up and broadcasting the feed than ever before while the series press conference, featuring the 20-year-old, was attended like never before.

It would be safe to predict this trend will only intensify as the season progresses, already in Italy, the tifosi are dreaming of a Schumacher-Leclerc pairing in the not too distant future.

But one time Maranello boss Fiorio is not convinced, “I think there is an incredible amount of hype surrounding him. Although in his first F2 race he was driving the Prema, a very competitive car but he only finished eighth and in the second race, starting from pole by virtue of the reverse grid, he finished sixth.”

“In the tests, it is true that he was second quickest, but at that time no one was pushing. Verstappen with harder tyres was faster than Schumacher,” reckoned the Italian in an interview with Tutto Motori Web.

Reporter Fabrizio Corgnati added: “Looking at the results, it appears evident that for now the heir of the great Michael does not have that explosiveness that allowed other young prodigies like Leclerc and Verstappen to immediately put down their signature in the lower categories.”

“Schumino, on the other hand, still has a long way to go to reach the level, but to bin him at this stage would be profoundly unfair.”

Nevertheless, the story of the son of a much loved F1 legend returning to continue the legacy amid is blockbuster stuff and could run for a very long time. The tale also becomes poignant in the backdrop of the tragedy that the family has been through since Michael’s life-threatening skiing accident in late 2013 and the sadness that his since followed.

His son emerging to follow in his footsteps, starting with the Ferrari test is a tale you could not script because it is so far fetched. Once again truth is stranger than fiction and F1 will naturally capitalise on interest this will attract.

While Fiorio has his doubts, on the other side of the coin F1 motorsport chief Ross Brawn was impressed, and apart from the remarkable resemblance to his father, there were other traits that caught his eye.

Michael’s former technical chief at Ferrari, said of Mick’s performance on the day, “How disciplined he was when dealing with the sensitive tyres was exceptional for such a young driver. I know this focus,  discipline and tunnel vision very well, it comes from his father. Mick is on the right track.”