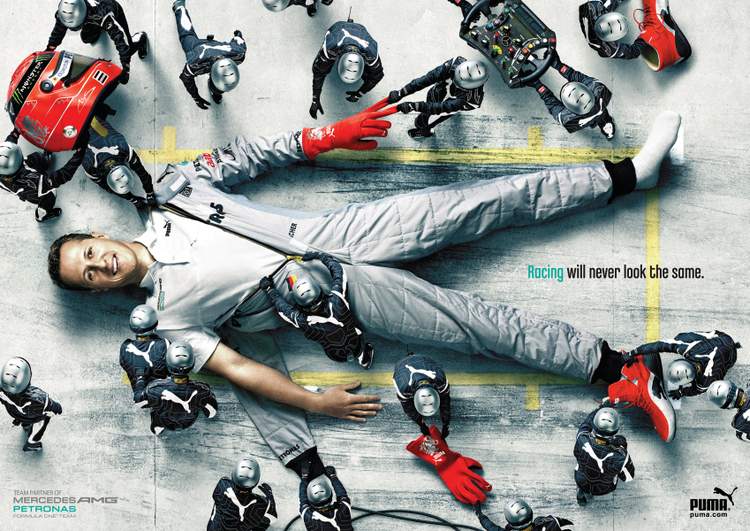 Puma, the longtime motorsport racewear and sports clothing supplier, has partnered with Formula 1 to design, produce and sell official merchandise.

(Note: The above campaign imagery sourced from Ads of the World was from when Schumacher drove for Mercedes who counted Puma as a partner since then. Same applies to Nico Rosberg below.)

Formula 1 has announced a long term partnership with Puma to become the exclusive merchandise retail partner from the start of the 2019 season. This year, Puma stands and superstores will be present in 17 out of the 21 Grands Prix in the calendar.

Adding to the company’s impressive motorsport credentials, Puma has gained the rights to design, produce and sell Formula 1-branded products trackside. Visitors to Formula all 1 races across the globe will be able to purchase F1 and Grand Prix related products, as well as all 10 teams’ merchandise from on-site Puma, stands and superstores during race weekends. Puma and Branded will also retail official merchandise and accessories from Formula 1’s growing portfolio of consumer products licensees, such as Codemasters and BAPE.

Since entering Formula 1 in 1999, Puma has established itself as a leading motorsport supplier, providing team wear and racewear to the most successful Formula 1 teams as well as the motorsport divisions of BMW and Porsche in other racing series.

Sean Bratches, Managing Director Commercial Operations, Formula 1, said : “We are always looking to enhance fans race day experience and to have such an experienced and creative partner such as PUMA on board to bring the latest items to our fans is something we are really excited about.”

Bjørn Gulden, CEO, Puma said: “Puma has a long and proud history in motorsport, and we are very happy to take this a step further today. Our agreement with Formula 1 will allow us to connect with the fans directly at the races by offering them the best motorsport merchandise experience possible.” 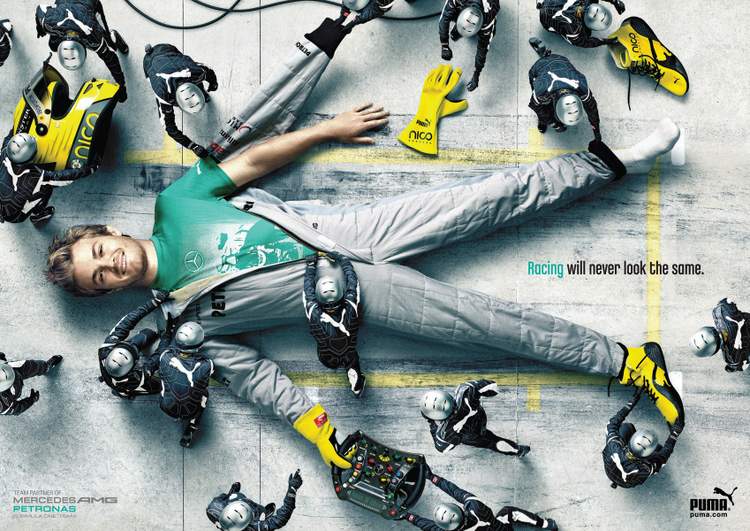